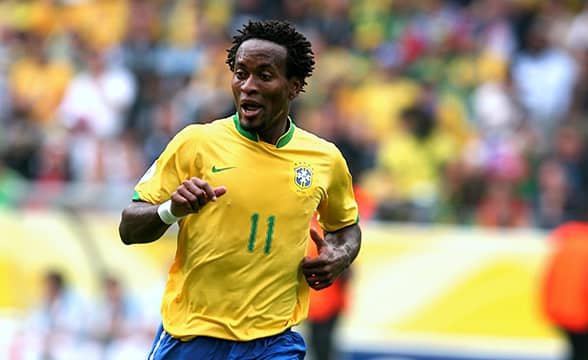 Betsson Group, a Swedish iGaming and sports betting company, doubled down on its efforts in Latin America. To that end, the company signed a new brand ambassador to its team. José Roberto da Silva Júnior, also known as Zé Roberto, has joined Betsson and will help to promote its offerings.

Betsson announced the deal with Roberto through a short video on its Betsson Brasil YouTube channel. The three-year partnership agreement will see the 48-year-old soccer legend work with the operator. As an ambassador, the retired professional will allow Betsson to use promotional imagery featuring the player.

In addition, the company will release new promotional social media content, dedicated to Roberto. The content will celebrate the former midfielder’s achievements and will appeal to his fans. As per the agreement, Roberto will also participate in various live activations. Notably, he will take part in events where fans will be able to meet him, talk with him and take photos with him.

Roberto is a retired soccer professional who has played for some of the most popular teams in the world. His career saw him play as a left wing-back and a midfielder for teams such as Real Madrid, Bayern Munich and Brazil’s National team, among others.

Betsson hopes that the agreement with Roberto will help it grow in Latin America and appeal to local sports fans. Therefore, the company strives to improve its brand visibility in the region and, as an extension, gain more customers. Andrea Rossi, who serves as the operator’s commercial director for LATAM and Southern Europe, shared his thoughts on the matter:

Zé Roberto is the best strategic partner we could think of to represent and increase the notoriety of our brand in Brazil.

At the same time, considering that he is known worldwide, we negotiated a global and multi-brand agreement, which allows the Betsson Group to use Zé Roberto’s prestige to promote our brands globally.

At the beginning of this month, Betsson made another move that strengthened its presence in the LATAM region. Namely, the operator became the official and exclusive sportsbook partner of the 2022 CONMEBOL Copa América Feminina, a South American women’s soccer event.

In May, Betsson teamed up with Kalamba Games for a more hands-on content partnership. The deal saw Kalamba power Betsson’s European brands with new content.