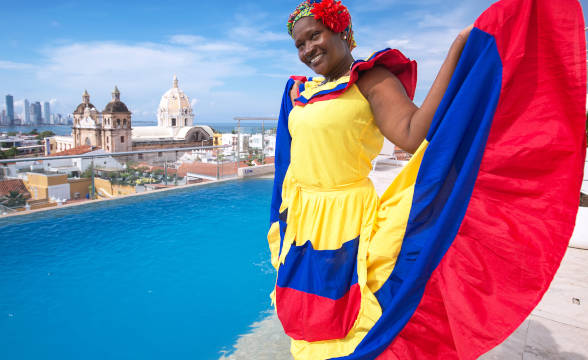 Yggdrasil makes an entry into the Latin American gaming marketThe company has teamed up with RSI’s RushBet.co in ColombiaBoth companies are pleased with what this means for their future prospects

Yggdrasil has expanded its geographical clout by debuting in the Latin American market. This will allow the company to make its products available to local crowds through a tie-up with Rush Street Interactive (RSI), and its localized brand, RushBet. As a result, Yggdrasil’s world-class products are finally available to players in Colombia with the RusBet.co brand powered by RSI.

This means that players will have access to some outstanding titles, such as Raptor Doublemax and Hades Gigablox. Apart from these productions, Yggdrasil will be bringing many of its all-time player-favorite games, including the Vikings series and its entire YG Masters program portfolio for additional products and gaming opportunities

Yggdrasil has been looking to expand in various new markets and make its product offering known to brand new audiences. Latin America will shape up as an important market for the future as countries are trying to rapidly regulate their respective gaming frameworks with overseas and North American gaming companies already looking for an entry.

RSI is one of the fastest-growing igaming and sports betting companies in the United States, which makes Yggdrasil’s partnership with it an exceptionally prescient one. Yggdrasil chief of commercial operations Andrew Pegler welcomed this opportunity and said:

RSI is a market leading operator in Colombia, and we are very proud to have been given the trust and confidence to introduce our best-in-class games to their local audience. We are excited about this opportunity and look forward to growing our presence in the region together with RSI.

RSI CEO Richard Schwartz was similarly thrilled to be welcoming Yggdrasil into the fold. The company, he argued, has been known for building some of the most compelling slot experiences out there and its products would make a perfect fit for the customer bases in Colombia.

“We are excited to be the first to offer Yggdrasil’s impressive games portfolio in Colombia and look forward to a long term successful partnership,” Schwartz concluded. Yggdrasil will have a strong pivot moving forward for its potential further expansion into Latin America through RSI.