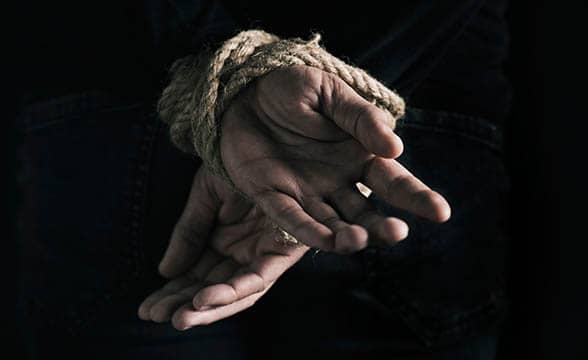 A Honduran woman lost large sums to gambling and tried to extort her family for money by lying that kidnappers are holding her hostage. Ironically, the local police found the woman inside a casino.

Bodden Lost the Money Her Superior Had Given Her

Delicia May Johnson Bodden is a woman from Roatán, Honduras, who had an unfortunate streak of losing bets. The 37-year-old gambler wanted to cover her losses by asking her family for money.

According to reports, the woman works as a housekeeper at a local hotel. Earlier this week, her supervisor gave her money to purchase some supplies for the hotel. Against all reason, Bodden got greedy and spent the funds on gambling and liquor. She later came to her senses and realized that she shouldn’t have done that but it was too late.

Since she knew she had to restore the money, Bodden decided to ask her family to send her some. She knew that they wouldn’t be happy if she told them the truth, so she made up an elaborate kidnapping story instead.

A few days ago, Bodden contacted her loved ones on WhatsApp. She claimed to be in a hostage situation and insisted that her kidnappers want 20,000 HNL ($817) to let her go. Bodden backed her lies with photos in hopes that her relatives would believe her.

Bodden’s relatives did believe her but were smart enough to not send the money immediately. Instead, the worried family contacted the police and the National Anti-Kidnapping Unit leaped into action.

The law enforcers found out the whereabouts of Bodden and her alleged kidnappers in no time. However, instead of finding Bodden in chains at some evildoers’ lair, they found her unharmed in a Roatán casino where she continued playing.

This wasn’t a great surprise to the police, who suspected that Bodden’s story might be a fake. The special unit had carefully investigated her WhatsApp correspondences beforehand and had suspicions that it was all a fabrication.

As of now, Bodden was reprimanded for her unacceptable behavior but The Prosecutor’s Office of the Public Ministry of Honduras let her go. However, she may face penalties for the simulation of a non-existent infraction if the prosecution decides to press charges.

This isn’t the first instance of someone trying to get money for gambling by faking their kidnapping. In October, a Spanish woman used a similar scheme to extract ransom money to play bingo.