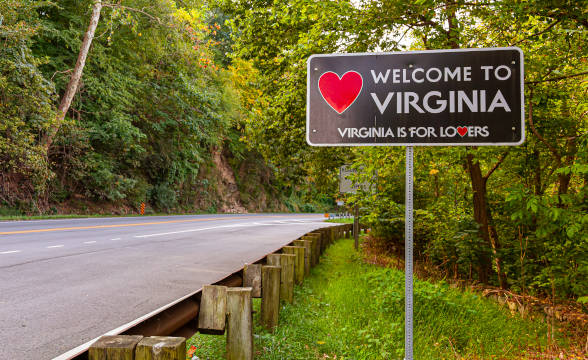 Virginia has joined eight other states in exceeding $5 billion in combined sports betting wagering since the launch of sports betting in the state 17 months ago. The state has claimed the ninth spot in terms of total wagering on approved sports events after states New Jersey, Nevada, Pennsylvania, Illinois, Indiana, New York, Colorado, and Michigan.

Over 17% in Gross Revenue

The 14 sports betting operators licensed in Virginia have reported over $42.5 million in gross revenue for May 2022. The only time that this amount was higher was in November 2021, when they reported $48.3 million. These results note an increase of 17.3% year-on-year. However, there was a decrease in the total wagered amount by 12% compared to the $399.5 million of placed bets in April. The sum of the total wagers this May amounted to $351.5 million.

Virginia sports betting operators currently enjoy legislation that stipulates they do not have to pay taxes on bonuses and promotions. However, as of June 21, according to new legislative regulations, sportsbooks will be allowed to exclude bonuses and promotions from their adjusted gross revenue only for a period of 12 months. This change has come into force on July 1. This means that operators, which have been licensed in Virginia for more than a year can no longer enjoy the tax break.

For the time being, however, betting on promotions is still quite prominent in the state. Yet there was a decrease in comparison to the previous nine months with operators awarding less than $10 million in promotion credits.

The sum that was under taxation in May amounted to $27.5 million with $3.9 million collected by the state, which equals about 15%.

From the start of January to the end of May a little over 50% of the $179.1 million gross revenue of sports betting operators remained untaxed as it was defined as part of the promotional play. Yet the state of Virginia still managed to collect over $13.3 million, which is an increase of almost $7.8 million compared to the same period in 2021.

The most impressive figure, however, was the considerable rise in handle. For the period from January to May, there was an increase of the total wagered amount by $2.1 billion year-on-year, which means that bettors wagered 93% more money on sports events during the first five months of 2022 in comparison to the first five months of 2021. This of course led to a boost in the totals of gross and adjusted revenue of more than 50% year-on-year. Another notable first was the fact that the adjusted revenue made up over 60% of the gross revenue.