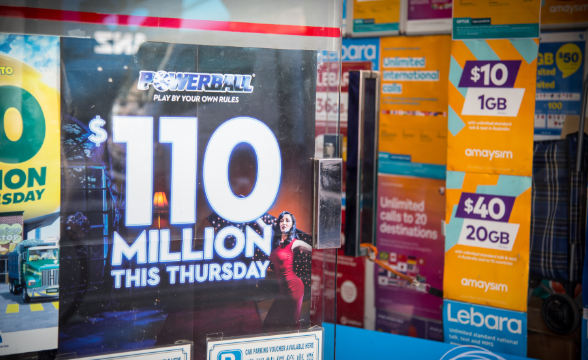 Vermont sells the winning Powerball ticket for the first timeThe prize of $366.7 million remains unclaimed for the time beingThis marks the fourth Powerball jackpot that has been won in 2022

The state of Vermont made history on Wednesday when someone bagged the $366.7 million win from the Powerball Lottery. The transformative amount was won with a ticket sold in the state, meaning that the person can now bag $208.5 million or opt for 30 installments that will be paid over a 29-year-period. Both options will then be levied by the tax.

Bagging the Jackpot for the First Time

The winning ticket was sold at an unassuming convenience store in Middlebury by the name of Jolley Short Stop. It’s unclear whether someone has stepped forward to claim the jackpot yet, which is the subject of another story. Annually, there are millions of unclaimed jackpot money, but the Powerball is usually not something that people brush off.

The year has so far been good to Powerball players, as this is the fourth jackpot that has dropped this year. Two tickets in January divvied up a $632.6 million jackpot and another one in Connecticut won $185.3 million. Then, in April, a ticket in Arizona managed to win another $473.1 million, which is impressive but still short of the historic jackpot which was won in 2016 and amounted to $1.58 billion.

“I Will Take You on Vocation” Kind of Customer

Speaking to the media, Jolley Short Stop cash teller Michelle Gosselin said that in the 16 years she worked there, the Powerball jackpot win was definitely one of the most exciting ones. Gosselin added that she was hoping that the winner would be one of those people who promise the cash tellers to take them on vacation if they won.  She said they get this kind of customer all the time. Hopefully, it’s one of them.