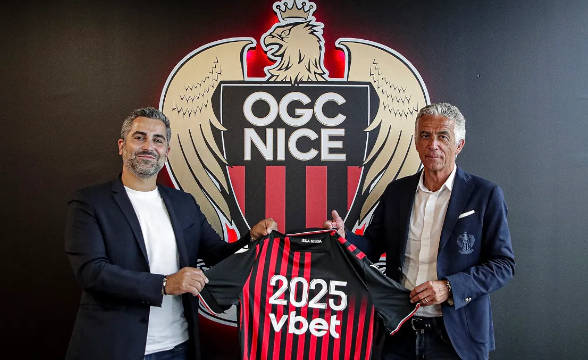 VBET has become an official sportsbook sponsor to OGC Nice, a Ligue 1 French soccer team. The partnership will see the two companies bring their marketing efforts closer together to help expand their footprint across the world.

VBET to Benefit from Marketing Efforts

The Eagles are an important fixture in professional French soccer and they reflect on the deeper commitment of VBET to continue teaming up with clubs from the sport and position itself in the front row so that soccer fans can see its products and services. VBET France president David Ozararat welcomed the partnership opportunity:

Beyond the symbolism of signing with the club of the city where I was born and grew up, I am very happy that VBET can become one of the Official Partners of OGC Nice alongside its shareholder – INEOS. Today, the club’s potential is at its highest and its President’s ambitions are in line with our entrepreneurial project in terms of means, values and vision.

VBET will be featured on the team’s shirts through the French championship with the partnership originally signed for two years, or until 2025. There are no immediate plans in France to suspend sports betting sponsorships, similar to the United Kingdom, albeit the UK market remains a bit of mystery since no clarification on the matter is available, which has not stopped sportsbooks to sign similar deals with Premier League clubs.

The Nice-based club will also give an additional boost to VBET as it will feature the sportsbook’s signage at the home stadium in Allianz Riviera. VBET’s signage will be visible on LED displays and there will be further marketing opportunities provided by both companies’ digital channels. VBET will run contests offering fans a chance to win tickets and attend live matches.