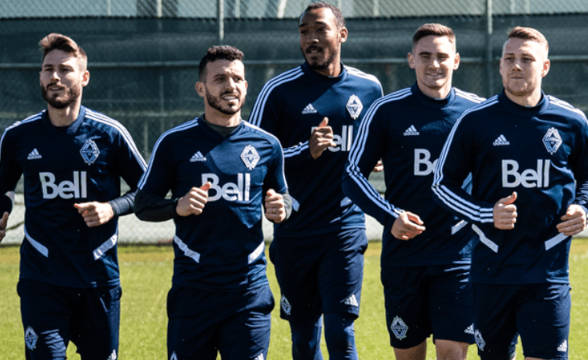 The betting odds on Los Angeles FC winning the 2022 MLS Cup have shortened from +550 to +300, suggesting they’re very likely to win the first title in the history of the franchise. The reason behind the odds move is that legendary Welsh winger Gareth Bale has inked a deal with LAFC.

Bale probably isn’t going to feature in Saturday’s game against the Vancouver Whitecaps, but LAFC still remains a huge favorite in the eyes of the bookies. To learn why that is the case, keep on reading our Vancouver Whitecaps vs Los Angeles FC preview.

The Vancouver Whitecaps are sitting in the #11 position in the Western Conference with 21 points in total. They still have a decent chance to get to the playoff zone, but for that to happen, they will need to improve. Actually, their biggest problem in the 2022 MLS season is that they’ve been horrible on the road.

At home, however, these guys have been pretty decent. In fact, with a 4-3-1 record at BC Place in Vancouver, they’re among the better teams in the East. Further, the Whitecaps are without a single home defeat in the MLS since mid-April.

LAFC are 4-1 in the previous five MLS rounds, scoring 11 goals along the way and allowing just four. Thanks to their superb run, they are sitting in the #1 position in the Eastern Conference with no chance of anyone leapfrogging them anytime soon.

Another great news for LAFC is that their roster is about to get much, much stronger. The big news is that Gareth Bale has inked a deal with the Californian franchise earlier this week, while the Giorgio Chiellini was announced a few weeks ago. Both of them will probably start playing within the next couple of weeks.

These guys aren’t going to be in the starting XI of LAFC on Saturday, but oddsmakers still believe this team should be able to grab all three points in Canada. Are they right to think so?

Los Angeles FC is the best team in the MLS, which needs to be thought of as the favorite against pretty much any other team in the league. This, however, doesn’t mean the visitors will have an easy job in Canada. Instead, we expect a very close game, which will probably be decided by a single goal.