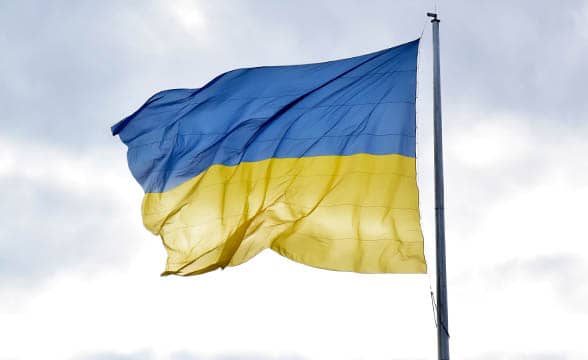 The Commission on the Regulation of Gambling and Lotteries, Ukraine’s gambling regulator, has reminded its licensees to comply with the wartime curfew. As the European country continues to be involved in a conflict with Russia, concerns about the safety of its citizens persist.

Regulator Asked Casinos to Not the Curfew

Gambling establishments in Ukraine started reopening despite the war. Since the conflict seems to be primarily focused on Ukraine’s southern and easternmost pasts for the moment, casinos in the rest of the country cautiously began opening their doors. Despite the dangers, companies have relocated to the relatively safer parts of the country and plan to continue conducting their business for the moment.

While the Ukrainian government doesn’t prohibit casinos from working, they are required to obey the general rules that come with martial law. As such, casinos have to adhere to the curfew measures that people in the country are required to follow. Right now, people in Ukraine cannot go outside and visit public establishments and leisure facilities during certain nighttime.

Since those rules apply to gambling establishments as well, Commission wanted to remind operators to be responsible and follow the rules.

The Gambling Industry Has Supported Ukraine Since the Invasion

The gambling industry as a whole showed support to Ukraine when it was invaded by Russia. Numerous organizations vowed to send financial aid to the struggling country and provide humanitarian relief to its citizens.

Parimatch is one of the most influential companies that have opted to support Ukraine. The sports betting giant has donated over $522,000 to the country. Pragmatic Play also donated to the Eastern European country, providing it with about $125,000. Meanwhile, Stake.com, one of the fastest-growing online gambling companies, donated $1 million to humanitarian efforts in the country. On the other hand, several other companies banded together under the Gaming Industry for Ukraine initiative and sent whatever they can.

Russia’s invasion of Ukraine has had a profound effect on the global political and economic landscape. Following the rejection of Russian oil, many countries are now struggling to adapt to the effects of the war. Because of that, many gambling companies have opted to cut ties with Russia in protest of its invasion.

The war has affected the industry in more than one way. For example, in May, Playson’s product owner, Oleksandr Honcharuk, perished in the fighting. The talented specialist had over a decade of experience in the industry and will be missed by his family and colleagues alike.