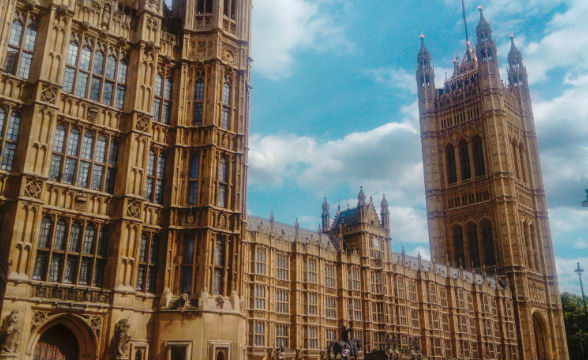 During a recent meeting, the boss of the Digital, Culture, Media, and Sport Committee (DCMS) clashed with the UK Gambling Commission’s (UKGC) boss over claims for insufficient effectiveness and transparency.

The meeting took place last week Thursday and consisted of a debate between DCMS’ chair, Julian Knight and UKGC’s chief executive Andrew Rhodes. Moreover, the Commission’s executive director, John Tanner, also participated in the discussion. The discussion comes after the High Court in Great Britain decided to revoke the suspension of Allwyn’s license for the National Lottery. The process itself caused controversy considering that the company was awarded its fourth license for the activity.

“The judgment that was handed down by Mrs. Justice O’Farrell yesterday found in favor of the Gambling Commission and found that we should be allowed to go ahead and enter into the agreement with Allwyn.”

Andrew Rhodes, CEO at the UKGC

Not unexpectedly, the loss of Camelot, International Game Technology, and Northern and Shell to Allwyn resulted in a legal battle against the UKGC, which is the gambling regulator in the country. In light of those circumstances, the meeting between the DCMS and the UKGC was organized. But what started as a discussion regarding the legal hurdles brought by the choice of Allwyn as the National Lottery operator, quickly became an argument regarding the transparency and effectiveness of the gambling watchdog.

Speaking about the National Strategy to Reduce Gambling Harms, Knight acknowledged that the UKGC has overseen voluntary settlements for some £40 million ($47.6 million). He went on to question the efficacy of that investment, as well as what information was released publicly. Rhodes responded that the UKGC publishes all of that information on its website. According to him, usually, such regulatory settlements are rewarded to research organizations and charities that support people affected by gambling harm.

“It is all published on our website—any regulatory settlement that we have awarded. They are awarded typically to charities, research organizations and those dealing with the effects related to gambling harm,”

Knight argued that although details regarding who received the funds are available, there’s no publicly available metrics on how that organization was selected. To this, Rhodes responded: “No. We have published who it has gone to, but not an evaluation.” Responding to Rhodes, Knight argued that if there are no public metrics, it cannot be confirmed whether the £40 million ($47.6 million) in settlements have been used wisely.

“So £40 million just goes out the door. You give a list on your website of where that money goes to and we have no idea exactly what metrics you are going to use to see that that £40 million is used wisely.“

Julian Knight, chair at the DCMS

Rhodes explained that the UKGC awards regulatory settlements only for suitable organizations. Moreover, he revealed that “there must be a good business case that we believe will deliver benefit.” UKGC’s boss also added that this is a difficult area, especially considering that the commission decides what support programs to pick. Despite the difficulties, Rhodes pointed out that the UKGC has made good progress toward gambling harm treatment and at the same time collaborated with the DCMS.