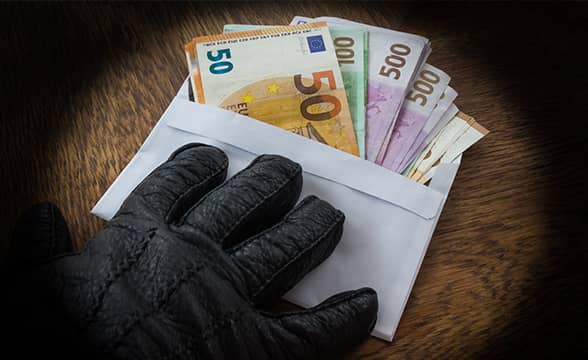 A British woman scammed people for $55,000 only to waste the money on expensive trips and a losing gambling streak. Because of her irresponsible spending, the fraud quickly went destitute and will have to repay only about $6.

Elkabbas Manipulated People on the Internet

Nicole Elkabbas, 44, preyed upon people who wanted to help by faking she suffered from ovarian cancer. At the time she worked as a comedian, had a nice career and often appeared on TV shows. However, it seems like what she earned wasn’t enough to fuel her hobbies.

Desperate for some luxurious experiences, Elkabbas recorded a hospital video where she claimed she’s been diagnosed with ovarian cancer. She lied about being Spain and that she had already undergone three surgeries and six chemotherapy sessions. Elkabbas pleaded for money as she allegedly needed them for a miraculous cure that would cure the illness.

According to the Daily Mail, Elkabbas was indeed in a hospital but this wasn’t because she was suffering from cancer. Instead, she went to a local hospital in the United Kingdom to get her gallbladder removed. Luckily, her doctor stumbled upon her blatant lies on the internet and exposed her.

The woman was arrested in February 2021. She went to trial where she pleaded innocent and continued claiming she has cancer. The judge reprimanded her for her manipulative demeanor before sentencing her to two years and nine months behind bars. He also ordered her to restitute her victims although this was no longer possible.

Elkabbas Was Unable to Restitute Her Victims

Elkabbas was unable to pay her victims back because she had already spent all of the money she got from the funding campaign. The woman had wasted the entire sum on luxurious holidays, expensive restaurants and gambling. With no way to pay back, Elkabbas was forced to pay $6 as a token gesture.

To make matters worse, Elkabbas’ mother is the one who was actually suffering from ovarian cancer. The elderly woman was completely unaware of her daughter’s lies and had even tried to help her by launching a GoFundMe campaign. No official source has confirmed whether Elkabbas used at least some of the money she earned to help out her mother.

Elkabbas isn’t the first gambler in the UK who used fraudulent means to fuel their habits. In 2021, a man murdered a close friend of his only to steal his money and power a short-lived gambling trip. A month ago, the police finally apprehended a man who, in 2016, had assaulted an elderly woman to steal her casino winnings.