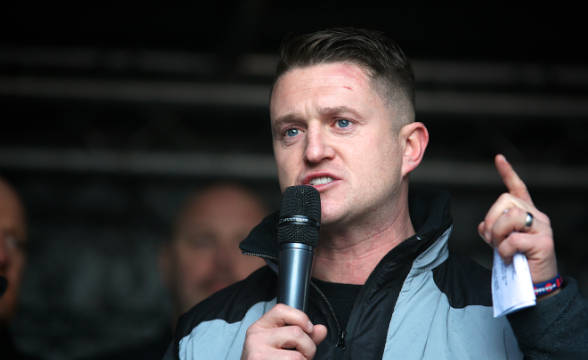 Tommy Robinson missed a court date in May which was moved to June 9, and now some worrying confessions were made before the High Court.

Admitting to Spending Donations on Gambling

Tommy Robinson, real name Stephen Yaxley-Lennon, the founder of the English Defence League (EDL)– has admitted in court to spending £100,000 ($124,000) on gambling, while accepting donations by supporters. By his own admittance before the Royal Courts of Justice in London, he avowed spending about £100,000 on gambling in casinos and online. Robinson continued his revelations by detailing money wasted on “drink, alcohol, partying” while receiving said donations, citing £1,000 ($1249) to £4,000 ($4996) per month for 2020.

Robinson filed for bankruptcy back in 2021. At the time, he was also accused of misusing donations from supporters to allegedly fund “coke, parties, and prostitutes,” but a larger court battle was already looming over his head.

Not the First Day in Court, Not the Last

In July 2021, officially lost the Jamal Hijazi libel case for online defamation. Being an anti-Islam activist himself, Tommy Robinson took to Facebook, posting videos in response to a Syrian schoolboy being attacked. During the trial, in April 2021, Catrin Evans QC, for Hijazi, said that Robinson’s videos “turned Jamal into the aggressor and the bully into a righteous white knight.” As per the BBC report, legal costs of about £500,000 paid to Hijazi and £100,000 in libel damages paid to the schoolboy all fell on Robinson to pay, but he had already been put on the insolvency list months beforehand.

Amidst all this, Robinson has been publicly denying the allegations of misusing his supporters’ donations, while also strongly implying to have never used sex worker services or abused substances. However, multiple ex-allies claimed otherwise at the time.

This was all a result of Robinson announcing “going independent” in 2018, when he set up a fundraiser, receiving more than £400,000 ($499,642) in donations in just the first three months. Problems were reported to have started with the very first £30,000 ($37,473) in the campaign. Caolan Robertson, a former far-right activist who was working with Robinson at the time, was reported by Metro saying that it was advertised on Robinson’s website that the money was for “three things: security, travel and film equipment.” However, Robinson apparently said “no” and that the money would be used “to pay back friends, we’re going to have a sesh at the weekend. I’ve owed someone £2,000 for a while. I have got my wife.”

This falls perfectly in line with Robinson’s current confessions about his alleged debt to Christopher Johnson who was a part of Robinson’s bankruptcy claim. When discussing the rather significant debt of £323,000 to the Bedfordshire businessman in court, Robinson was cited as saying that Johnson had “cash, a lot of cash” but things then turned sour when their fellowship ended and paying the businessman back was becoming an unrealistic pipedream.

It isn’t clear how the conflict between the past public statements and these newly reported admittances in the courtroom affect Robinson’s case, but it seems it will all play out relatively soon. Critics claim that Robinson is trying to play the victim card, by admitting bad habits and wrongdoings in order to portray the image of someone suffering from mental problems.

Tommy Robinson has even gone as far as saying he was a “total mess”, and is trying to convince the court of suffering a “total mental breakdown for two or three years.” Back in May this year, Robinson missed a High Court date due to “mental health” which is usually considered a lawful excuse. The missed hearing was rescheduled for June 9 when Robinson made all these confessions about his behavior.

Robinson’s own words state that he owes “loads of money” and that he “can’t get out of it.” In attempts to garner more sympathy or maybe further his honest streak, Robinson even admitted to trying to “give off that I am a successful man when I am not,” when asked about his statements about owning seven properties, which later turned out false because six of them were in his wife’s name. Robinson is reported by the BBC to not be living in the UK currently, but rather “sofa surfing” between multiple different addresses.