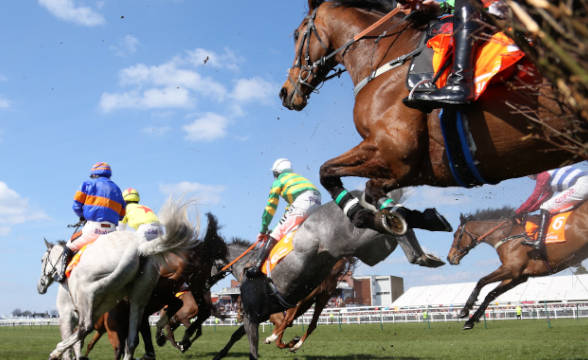 UK-based mobile sportsbook VirginBet has extended its sponsorship agreement with Ayr Racecourse to retain the naming rights of the Virgin Bet Ayr Gold Cup Festival. The three-day event will run from the 15th to the 17th of September and is one of Scotland’s premier horse racing festivals.

The agreement continues Ayr Racecourse’s initial 2021 partnership with the operator. David Brown, the racecourse’s Managing Director, noted his delight to continue working with such a fast-growing UK sportsbook. “It is an honor for us that they have once again pledged their support to the biggest and richest flat racing festival in Scotland,” Brown stated. He added that attracting such a prominent sponsor to Scotland’s largest and most prominent flat racing festival underlined the importance of the event. He expressed optimism that the continued partnership with VirginBet would help deliver a memorable 2022 Virgin Bet Ayr Gold Cup.

ITV Racing will cover the festival live for the second year. In 2021 the broadcasts reached a total of 1.24 million viewers, and the flagship race attracted an audience of more than 600,000 people. VirginBet will also sponsor eight more races in addition to the main event. These are Thursday’s Saturday’s Ayr Silver Cup, the Doonside Cup Listed Race, the Kilkerran Cup, and the Firth of Clyde Stakes. On Friday, the operator will be sponsoring the Ayr Bronze Cup.

Sportsbook Director at VirginBet, James McKay, noted that the company’s last-year partnership with Ayr Racecourse was very successful. He added that the operator would be proud to continue partnering with such a high-profile event in the Scottish and UK horse racing calendars. “It was only natural for us to extend our partnership with one of the biggest moments in the flat-racing season,” McKay stated and noted VirginBet’s continued efforts to become a leader in horse racing. He expressed excitement about the upcoming event and the operator’s role in supporting the three-day festival.

VirginBet launched in 2019 as a mobile-only sportsbook. The brand is owned by independent gaming software developer The Gamesys Group, who started the project in cooperation with sports betting supplier SBTech. VirginBet has steadily risen from a challenger brand to a well-known name in the UK’s sports betting scene. The sportsbook recently participated in a charity by UK bookmakers which donated £1.2 million during Britannia Stakes – another famous heritage handicap horse race.