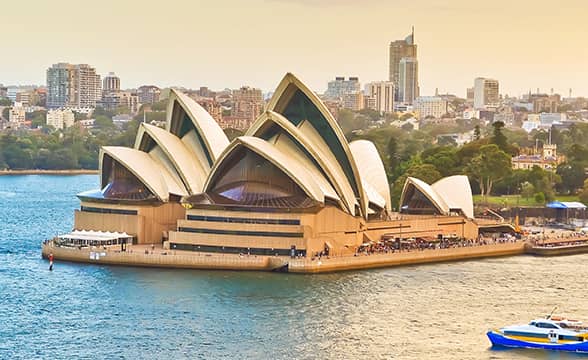 The Australian Communications and Media Authority (ACMA) is cracking down on offshore operators in the country. In its latest move, the regulator requested the shutdown of one of the biggest unlicensed casino sites in Australia.

The site in question is thepokies.net, a major provider of slots and live casino games. One of the operator’s main appeals is exactly the latter. The Australian Interactive Gambling Act 2001 prohibits online casino games, meaning that offshore operators are the only place where passionate players can find such games. Because of this, thepokies.net has grown to be one of the biggest illegal websites in Australia.

According to estimates, the unregulated operator has taken tens of millions of dollars from Australian gamblers, despite not holding a license in the country. In addition, traffic data shows that over 30,000 people from Australia go to play on thepokies.net each month.

Thepokies.net’s growth has finally forced the ACMA to take action.

The ACMA Blocked the Offshore Juggernaut

The ACMA has had enough of thepokies.net’s surreptitious operations and has contacted local internet providers. The authority asked them to block thepokies.net and help to minimize the impact of offshore gambling sites.

Thanks to ACMA’s action, internet companies have blocked thepokies.net and it will no longer be able to target Australians. The offshore company joins some 500 other unlicensed operators that the ACMA has blocked.

Nerida O’Loughlin, the chairwoman of the ACMA, is relieved to know that thepokies.net has been blocked. According to her, it was one of the biggest threats to public health in Australia. Therefore, it’s good to know that it will no longer target Australians.

O’Loughlin asserted that once an unregulated site decides to keep a person’s money, there is nothing the person or any regulator can do. Because of this, it is crucial to spread awareness of the dangers of playing illegal operators and banning as many such sites as possible.

By blocking access to sites like this we are sending a strong message that the ACMA can and will take action to stop illegal operators from targeting Australians.

Luckily, ACMA’s action seems to have a significant effect. Other than the 500 sites the authority has blocked, an additional 160 offshore operators have exited the local market.