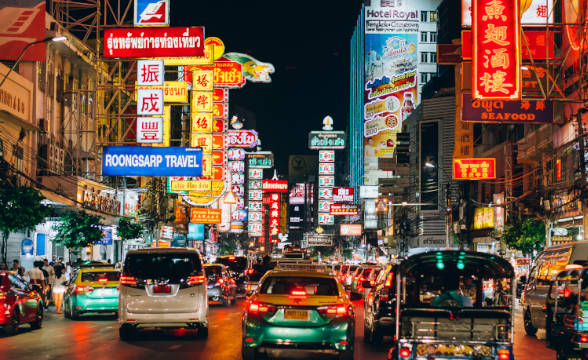 Thailand wants to see its gambling industry expanded or, at least, this is what the Kla Party wants to achieve over the coming months. According to the party, there is a good reason to want and legalize gambling in the country. First and foremost, it would prove a vital lifeline for the economy and will crack down on an illegal gambling sector that is already thriving because of lax proper government sight.

Kla Party’s intentions to drive a push towards the legalization of gambling came during a congress that took place at the Centara Government Complex Hotel. The meet-up focused on the first two years of the party’s existence as a political movement and what its future plans would be. One of the hot talking points was gambling.

Speaking in front of his fellow party members, Korn Chatikavanij, Kla’s leader, was adamant that gambling can propel the economy forward, because of how much money it was able to generate over the short and long-term. He acknowledged the bad reputation gambling had, but also said that it’s not pragmatic to overlook a strong source of revenue for the central government.

Nobody wants to promote gambling, Chatikavanij said. And yet, there are businesses that violate the laws to deliver such products, which is already impacting the public purse and the best way to act is to clamp down on these illegitimate businesses while offering consumers a regulated alternative. He was not afraid to say that mafiosi have been controlling the illegal gambling business already.

Thailand has a fraught relationship with gambling, but the truth is that the kingdom does not allow many if any forms of gambling. Lotteries and gambling dens were allowed intermittently over the past century, but they have since been prohibited. Chatikavanij is hoping to change that as the country faces an increasing problem with illegal gambling.

According to the Ministry of Digital Economy and Society, Thai gamblers are already spending at least $32 million on online gambling sites every year. Thailand has been actively seeking to block illegal gambling websites, with a big bust coming in 2020 when the national police busted a group who owned an online casino along with other sites.

Cumulatively, the group had been able to pass $480 million in illegitimate transactions through its websites, the biggest number ever recorded.