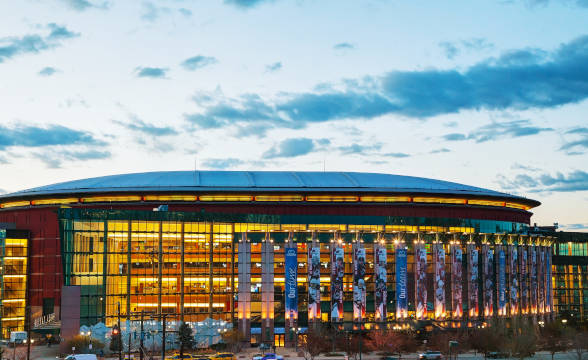 The Colorado Avalanche did a fantastic job on Wednesday evening at Amalie Arena. They managed to beat the reigning NHL champions, the Tampa Bay Buccaneers, thus making it 3-1 in the series. In order to win the 2022 Stanley Cup Finals, they just need to win another game.

On Friday evening, they’re welcoming the Lightning at Ball Arena in Denver, which is where they won the first two games of the Finals. Knowing this, it’s no surprise oddsmakers see them as the favorites in Game 5.

The Lightning Looking for Their First Win in Denver in 2022

Both teams tend to do great at home. This is why the Lightning was expected to win on Wednesday when the game was played on their turf. Unfortunately for them, they lost 3-2 in overtime, despite having a lead since the second period.

They failed to win at home and are now faced with a much tougher challenge. They need to beat the Avalanche in Denver. That’s something that they haven’t done since February 2020, when they won 4-3 in overtime.

What really needs to worry them is that their previous trip to Colorado ended in a fiasco. In Game 2 of the 2022 Stanley Cup Finals, they lost to the Avalanche 7-0. That remains their worst loss of the year.

Colorado Avalanche to Win Their First Stanley Cup in 21 Years

The Avalanche has two Stanley Cup wins in its portfolio, the last of which happened in 2001. Fast-forward to 2022 and they have a chance to add a third one in their first Stanley Cup Finals in 21 years.

They are favored to do so, as they’ve been nothing short of impressive this year. They are the team that’s been playing the best hockey in the NHL this season. This goes especially when it comes to playing on home turf. In fact, at Ball Arena, they are 7-2-1 in the previous ten games.

Oddsmakers think they’re going to win on Friday for another important reason – Nazem Kadri is back. After missing several games of the Stanley Cup Playoffs, one of Colorado’s best forwards has made his return in the fourth game of the Finals. Actually, he was the one to score the winning goal in the overtime on Wednesday.

We think the time has come for the Colorado Avalanche to win the Stanley Cup. These guys just need to win one more game, which shouldn’t be that hard as the Finals are back in Colorado.