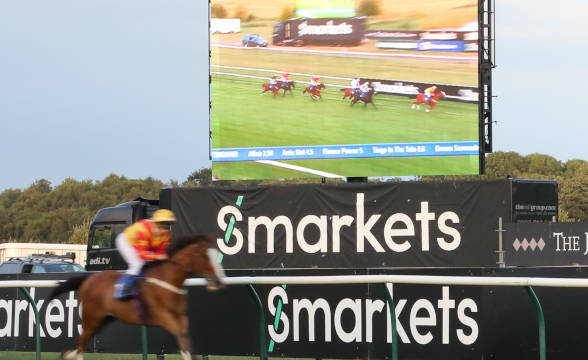 London-based sports betting company Smarkets has announced the hire of its new US General Manager. The position will be assumed by Sheldon Hanai, a former senior executive at Nike.

Hanai Brings Considerable Experience and Is a Known Face to Smarkets

Hanai started his career working for the US Department of Defense before moving to Google and BP. He eventually joined the American sportswear giant, where he worked as Head of Global Innovation Finance. Hanai already had previous contacts with the gambling operator before this new hire. He has served as an adviser and investor to Smarkets for more than ten years.

Hanai was quick to comment on his new position and expressed delight to be joining Smarkets, a leading sports betting company he had been following since its inception. “I can’t wait to get stuck into realizing SBK’s potential in the US, where our industry-leading odds can make a huge impact,” he exclaimed. Hanai will begin his work as US General Manager on 13 June and serve directly under Jason Trost, Smarkets’ CEO.

Tros also expressed excitement about Hanai’s hire. He reported that a lot of thought went into picking the right candidate. “Sheldon was an outstanding choice, and I couldn’t be more pleased that he’s joining us,” the CEO noted.

This appointment marks Smarkets’ continued effort to expand in the USA. The company is based in the UK and has offices in Los Angeles and Malta. Hanai will head the new office located on the US East Coast. Smarkets launched its SBK sportsbook app in Colorado, with Indiana and Iowa launch planned for later this year. The operator’s other notable product is its Smarkets exchange, a betting exchange platform that provides the odds for the main SBK app.

Smarkets also recently launched its Smarkets News and SBK Betting Zone sites in partnership with Strive. The company will use Strive’s team of writers to provide sports coverage and sports betting content. This expands on the previous four-year deal between the two companies, which focused primarily on social media services.

Hanai’s hire is the most recent in a series of senior appointments. In May, the operator announced three new appointments to key positions. Céline Crawford was given the post of Chief People Officer, Joe Foulds was promoted to Head of Engineering, and Arnaud Thiercelin, who previously worked at drone software company Austerion, assumed the role of Chief Product Officer.