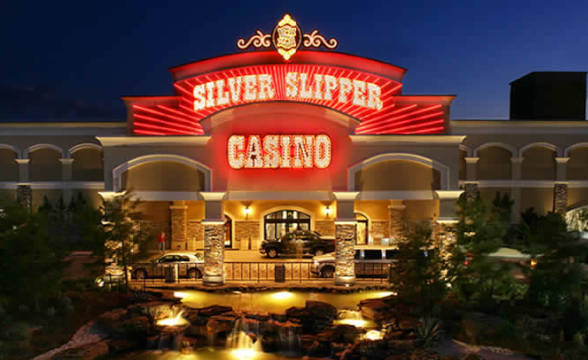 The Tuesday decision of upper management at the Silver Slipper Casino in Hancock County, Mississippi, has caused a bit of an uproar on social media. The casino property has announced that it’s restricting its casino resort admissions to adults only, meaning anyone of the legal gambling age, or 21.

All Areas Off-Limits for U-21s

This measure includes the hotel and pool areas, which is what has caused people to comment almost furious on Facebook and other social media and question the motivation behind the decision.  Writing on Facebook, Silver Slipper Casino said that no persons under the age of 21 would be admitted for any reason:

“All guests must be 21 years of age or older in order to be admitted to the casino, our restaurants, the hotel or the pool area.”

This new measure will be enacted come July 1, confirmed general manager John Ferrucci, who is one of the people behind it. As general manager, he also risks being the one who receives most of the criticism. The post has already generated a hefty bit of chatter with more than 1,100 comments at the time of writing, and not all of them flattering.

But some came to the aid of the casino, arguing that a family resort would be far more appropriate for children whereas casinos were for adults. But Ferrucci’s decision did not come on a whim either. The manager explained that the casino has been trying to keep things separate and impress on visitors that children must be kept outside the casino and gambling areas.

However, many guardians and parents failed to supervise their children or the people they were responsible for and this caught the attention of the Mississippi Gaming Commission. Weighing the risks of attracting the regulator’s ire against disgruntling some consumers, Ferrucci clearly opted for the second.

No Way Around This Decision

There is an issue with the way things are located, he admitted, though. For example, to take anyone to the buffet they need to walk through the casino area. Ferrucci said that guests have been already notified, including those who have made reservations, and he added that guests are more than welcome to come back “when they have a babysitter.”

The Silver Slipper Casino is not alone in that regard. Island View Casino in Gulfport and Treasure Bay Casino in Biloxi both have restrictions that apply to U-21. Facebook, though, has been in a bit of an uproar.