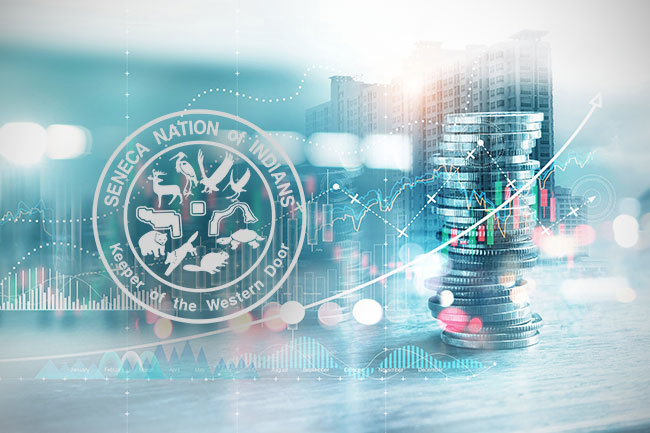 On Friday, members of the Seneca Nation of Indians have rallied at Niagara Square in Buffalo to demand a fair and reasonable new gaming compact with New York State. Many of the Nation’s members are quite frustrated with how the state has recently handled its years-long casino payments argument with the tribe, as Albany froze the Nation’s banking accounts. A few years ago, the Seneca Nation stopped its gaming sharing payments to the state. Then in January this year President of the Nation, Matthew Pagels announced that the tribe is ready to honor its financial dues. However, the multi-million payment was blocked by the Nation as it was not council approved, thus leading to State using extreme measures of freezing accounts. Leslie Logan, a founding member of the Mothers of the Seneca Nation, spoke at the rally on Friday and described the move from Gov. Hochul’s office to freeze the accounts as frightening. Ms. Logan claims that after that move, the Nation was unable to function, including unable to purchase medicine and other necessities that are needed for the daily life of people.

Madison Brown has also joined the 75 people rally named Seneca Rally for Economic Justice and explained that both of her parents did not receive a paycheck due to the Nation’s accounts being frozen by the state. She described the pressure tactic as an aggression against the tribe, as it suspended its transportation services, as well as elder and pharmaceutical ones.

Ms. Logan, who was also the organizer of the rally, claimed that the people that have gathered at the Niagara Square had come to protest against New York State. In her words, this was a protest against the Empire State’s economic injustice against the tribe. In addition to that, the protestors would like for the Nation to negotiate a fair new gaming compact to replace the current one.

Members of the Nation would like to see tax breaks, state subsidies, investments, and other incentives being added to the compact. A sign at the rally said “Seneca Economic Footprint: 4,500 Jobs, $2.3 Billion; NO State Subsidies, NO Investment.” Odie Porter, also a member of the Seneca Mothers said that the Tribe has invested over US$2.3 billion in the State but received US$0 from it.

The Mothers of the Nation were among the first groups to contest the tribe’s decision in January to finally pay up its US$564.8 million in casino revenue to the state. The members claimed that the payment was not authorized by the Tribal Council, thus making it invalid. In addition to that, Seneca women have also started a petition to oppose the decision.

There have been some reports that New York is now using Seneca Nation’s recently issued money to build a new stadium for the Buffalo Bills. And the tribe is quite unhappy with the decision, thus launching several TV and radio ads that call out the state for the matter. The ads say that instead of using the funds for the local economy and the inflation rises, Albany has decided to use it for a new NFL venue.