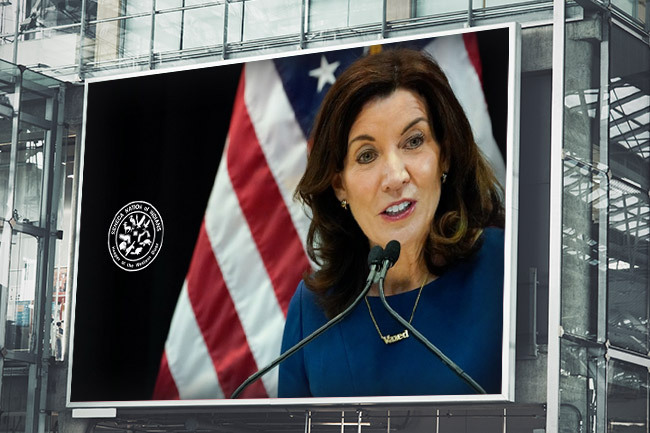 The Seneca Nation of Indians is quite frustrated with New York State and how it handled the revenue-sharing dispute with the tribe. Recently, the Nation purchased TV and radio ads, in which it criticizes Governor Kathy Hochul’s office, as the local government is planning to use the compact’s funds to develop a new stadium for the Buffalo Bills. The Empire State and the Seneca Nation of Indians were involved in a dispute for several years, as the tribe refused to pay casino allocations to the state. However, recently the state took some extreme measures to get what it wants as it froze several of the Nation’s banking accounts, thus leading to the tribe finally issuing the funds. The Native-American tribe is quite unhappy with how the state has handled the situation and the fact that it plans to use to money to build a brand-new stadium for the Buffalo Bills. That is why the Nation is spending some serious funds on television and radio ads, which criticize Gov. Hochul’s office for channeling the long-awaited Seneca revenue sharing money into the stadium project.

Representative of the Seneca Nation commented that the TV commercials are only aired in the Buffalo media sector, while the radio spots are broadcasted in certain areas of upstate New York. According to the tribe, the TV ads will run for around a week, while the radio one will be aired until April 18, 2022.

The radio commercial states that the Empire State has just received hundreds of millions of dollars from the Nation, and instead of repairing roads, building hospitals, fixing bridges, and supporting schools, the state opted to build a football stadium for the NFL. The narrator explains that the state is wrong for using the money on the NFL while inflation skyrockets and the budget is quite scarce.

The ad continues by stating that there is a conflict of interest for Gov. Hochul, as the governor’s husband is a senior executive for a company that will make millions by selling food and drinks in the newly proposed stadium. According to the tribe, this is the latest example of the state’s misuse of public funds, as local residents pay the price.

Currently, the tribe operates three award-winning casinos in Western New York, and through them, the Nation manages to generate revenue for its activities and people. Back in 2017, the tribe refused to honor its casino revenue-sharing payments to the state, as according to it, the Empire State violated its gaming compact with the tribe, as the new agreement did not specify whether the Nation must continue its payments.