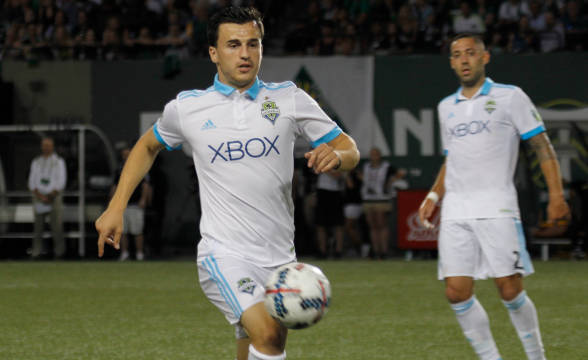 The final MLS game of the weekend is the clash between Seattle Sounders and Charlotte FC. The two meet on Sunday at Lumen Field in Seattle, where the home team hasn’t been very successful this season. In fact, the Sounders are the worst team in the Western Conference in terms of home turf performances.

There is a caveat, however. The Sounders have played one home game fewer than most other teams from the Western Conference. Luckily for them, on May 29, they’re taking on the worst away team in the Eastern Conference.

The Sounders have a chance to improve their home stats, and top soccer sportsbooks believe they’re going to do it. What do we think about Seattle’s chances of winning against Charlotte? Read our MLS preview to find out!

Seattle Sounders FC To Do Better in the Offense?

Seattle Sounders are one of the most successful MLS franchises, especially in the last couple of years. In fact, in the last 10 years, they played in four MLS Cup finals, winning the trophy on two occasions. The last time they did it was in 2019 when they defeated Toronto FC in the battle for the title.

What’s interesting is that only one of three Seattle scorers in that game is still on the roster. The man in question is Raul Ruidiaz, a Peruvian forward who was the Sounders’ scoring leader in each of the previous four MLS seasons.

In the 2022 MLS season, Ruidiaz has scored just two goals. The explanation behind this is that he’s played only six games so far in this competition. The good news for the Sounders is that he scored a goal in two of their previous three games.

Charlotte FC is Winless on the Road

Charlotte FC players are looking for their first win on the road in the 2022 MLS. Oddsmakers don’t have faith in them, but these guys have been playing well lately. In their most recent game, they defeated Vancouver Whitecaps 2-1 at home.

Scoring twice in 90 minutes isn’t something that we’ve seen too many times from Charlotte players this season. Actually, their offense has been far from impressive. With just 12 goals scored in 13 games, they are the second-worst team in the Eastern Conference in terms of scoring.

Seattle Sounders shouldn’t worry much about Charlotte’s offense. The thing they need to worry about is whether they will be able to find the net on Sunday. What’s giving them confidence is that their most lethal attacker Raul Ruidiaz has been playing great lately. If he and his teammates can score a goal or two, Seattle will win all three points.