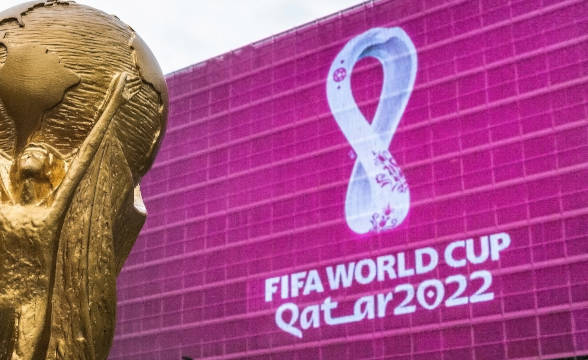 Scotland and Ukraine meet in the World Cup qualification playoffs in the semifinal stage. The winner of Wednesday’s game will take on Wales in the final. As there’s a lot at stake, you can be sure that the Scotland vs Ukraine game is going to be a real thriller. But who’s going to win?

Oddsmakers think Scotland is more likely to do so, one of the main reasons being that the game is played at Hampden Park in Glasgow. With the Tartan Army cheering them on, the Scots have lost only one home game since 2019.

Still, Ukraine mustn’t be underestimated. After all, this team has plenty of motivation to qualify for the 2022 World Cup, not to mention that these guys have been playing amazing soccer lately. In fact, the Ukraine national team doesn’t know of a defeat since Summer 2021.

Scotland Dreaming of the World Cup

Scotland got to the World Cup playoffs after finishing in the #2 place in Group F. Truth be told, it wasn’t the toughest group, with Denmark being the highest-ranked team in the FIFA Rankings.

When it comes to the World Cup, the first and only time the Scots played it was in 1998. They now have a decent chance to get there, mostly thanks to the fact that they got some pretty decent players on the roster.

Plus, the playoff semifinal with Ukraine is played on their turf, where they’re always great. There’s no doubt they’ll be getting a lot of support from the stands, although the fans probably have sympathies toward Ukraine as well.

Ukrainians to “Smile for a Few Seconds”

As per Manchester City’s Oleksandr Zinchenko, qualifying for the World Cup would mean making Ukrainians smile for a few seconds. The players are determined to bring joy to the people of Ukraine, the country that’s currently in a state of war.

It seems that all of Ukraine’s players are super-motivated. Actually, they’ve been playing in top gear not only for the national team but for their clubs as well. These guys have the motivation to win but do they have the skills needed to beat Scotland in Glasgow? Well, judging by how they played in the group stage, the answer is yes.

Unlike Scotland which had a relatively easy job in the group phase, Ukraine had to play against some real heavyweights in Group D, including the reigning World Cup champions, France.

Com[paring the players from these two squads, it seems that Ukraine has the advantage. The same goes when their recent form is considered. On top of everything, Ukrainians also have the motivation on their side.

In fact, the only advantage of Scotland ahead of Wednesday’s game is that it’s played on their turf. Still, the crowd probably isn’t going to be cheering against Ukraine.

“If it was any other country, I’d probably want Ukraine to win” – that’s what the captain of Scotland Andy Robertson said a few days ago. It’s very likely that Scotland fans share the same feelings. That said, playing on the road shouldn’t be much of a problem for Ukraine.