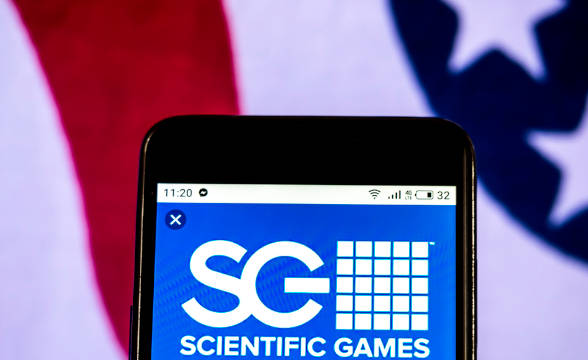 Scientific Games, a US-based provider of gambling products and services, has completed its rebranding to Light and Wonder. As of now, the company and its NASDAQ stock will go under the new name.

Light and Wonder to Focus on the Digital Vertical

Light and Wonder has also gotten a new logo and will trade on the NASDAQ stock exchange under the abbreviation LNW.

The firm’s decision to change its legal names comes as the company shifts more of its resources towards its online gambling operations. Light and Wonder spokespeople said that the new name better reflects its strategic vision to become a leading cross-platform international provider of state-of-the-art games that support cross-platform.

The rebranded company described itself as a cross-platform-oriented provider of a leading portfolio of iconic games and franchises in both real money and free-to-play social gaming markets. Light and Wonder put the emphasis on its versatility, pointing out that it is powers brick-and-mortar shops, online operators and mobile gaming companies alike.

Light and Wonder first announced its decision to change its official name in March. The name change follows the sale of Scientific Games’ Lottery business to Brookfield Business Partners for $5.8 billion. The proceeds played a key part in reducing Light and Wonder’s debts. The company used to owe $8.8 billion but has brought this number down to $4 million since the sale of its lottery.

Light and Wonder’s decision to focus on the digital vertical came in the wake of Scientific Games’ Q4 2021 results that demonstrated high revenues thanks to the company’s digital segment. In early March, Barry Cottle, the president and chief executive of Light and Wonder, shared that he believes the new name to be much more evocative, expiring and exciting – things that correspond to the company’s vision. Despite the name change, Light and Wonder has reiterated that the change of focus will not impede its business with its 130 clients.

Speaking about clients and partnerships, Light and Wonder recently launched live content in Colombia thanks to a partnership with Rush Street Interactive. In February, the company expanded its reach even further by launching its sports betting and lottery offerings in Azerbaijan following an agreement with the Azerbaijan National Lottery.

Meanwhile, Light and Wonder’s former lottery business will retain its Scientific Games title for the time being. The brand, now operated by Brookfield, has been rated with a “B” mark by Fitch Ratings, which pointed out certain problems but added that Scientific Games remains one of the more solid lotteries.