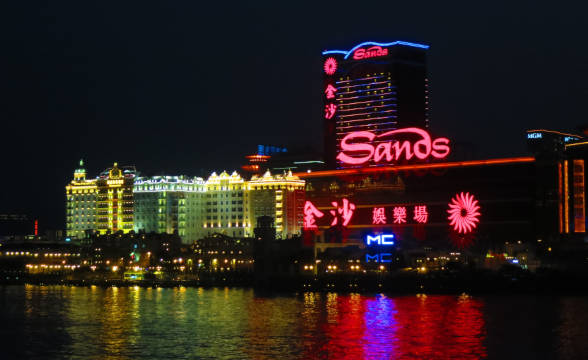 Sands China’s president, Wilfred Wong has stated that Sands China has fired more than 3,000 non-local workers since the start of the pandemic. Although he did not reveal the number of local workers that were laid off, he confirmed that 75% of the current employees are Macau residents.

The Labor Affairs Bureau (DSAL) published its figures in February and they state that the number of non-local workers that are employed by the six concessionaires in Macau has fallen by 32.6% since COVID-19 took the world by storm. Moreover, 11,434 non-local workers have left.

While commenting on Sands China’s case, Wong stated that even though non-local employees have been reduced, the company is putting a lot of effort into its local workforce as it kept them employed and “maintained training programs.”

He also added that the number of incoming tourists might not change during Labor Day, which is why the company needs to make sure that it lowers its operating expenses. Recently, Macau concessionaires paid almost $6 million to extend their licenses and make them valid throughout 2022.

Wong commented on Sands China’s investments during this period and stated that if the current condition continues, non-urgent development investments will be delayed and the main focus will be on urgent maintenance matters.

While speaking about the current situation at Macau’s six concessionaires, DSAL informed everyone in February that it will ensure that local people get the advantage of being employed at casinos. Moreover, it stated that it will review the conditions of the labor market to regulate the number of non-local workforce.

As for future employment opportunities, DSAL stated that local employees will maintain this advantage. The statement read that if there’s a suitable or sufficient number of local workers for all relevant job positions, applications by non-locals won’t be approved. Alternatively, companies will have to lay off non-local workers if they want to employ other non-locals.

Macau concessionaires are neck-deep in trouble as a Morgan Stanley report revealed that they are running low on cash. According to the report, the quarterly losses have reached $800 million. Sands China has about nine months’ worth of cash.

Thomas Allen, Praveen Choudhary, and Gareth Leung, Morgan Stanley analysts, have stated that at this stage, survival is key. They added that acquiring new debt is an option, but the current bond yield will make that option expensive. China’s zero COVID policy does not help them in any way, as well. Restrictions are extremely explicit and they are the reason why the 2022 G2E Asia has been moved to Singapore for the first time in history.