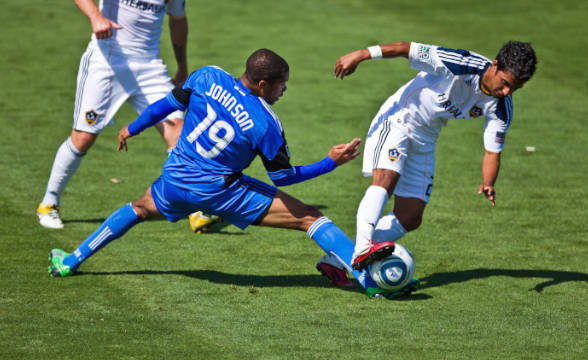 San Jose Earthquakes are the worst team in the Western Conference with just 15 points after 16 matches. This, however, doesn’t mean that they’ve already lost the playoff race. If they improve their form, they could get to the Top 7 in a few weeks’ time. The trouble is that their schedule looks very ugly, starting with the clash with the most successful MLS franchise, Los Angeles Galaxy.

The two meet on Saturday, June 25 in San Jose, which is where the Earthquakes have lost only one game this season, winning three of their previous four home matches. What’s got to worry them ahead of this weekend’s clash is that they’re taking on one of the best away teams in the MLS.

May 18 is when the San Jose Earthquakes won an MLS game the last time. That’s when they defeated the out-of-form Portland Timbers 3-2 at home. Since then, however, they’ve been horrible – losing two and drawing two MLS matches.

As a result of their disappointing run, the Quakes are now at the very bottom of the table in the Western Conference. The good news, however, is that they’re just five points behind the closest team from the playoff zone. What this means is that they still have a pretty good chance to get to the postseason. But, for that to happen, they need to start playing better.

Los Angeles Galaxy Need to Do Better in the Offense

With 24 points in 15 matches, Los Angeles Galaxy are sitting in the #5 position. They’re six points off the table leaders, LAFC. It’s no secret that they would love to get to the summit of the conference table, but for that to happen, they need to improve their offense.

The thing is that Galaxy have scored only 18 goals so far this season. There are only three teams in the Western Conference that have scored fewer than them.

This is somewhat surprising, knowing that this team has some amazing attackers on the roster. Chicharito has been doing okay, with six goals to his name, but others haven’t been playing at the same level. This goes especially for their no.9 Kevin Cabral who’s still goalless.

Our prediction is that this is going to be a super-exciting game with plenty of chances on both ends. But which team will win? We think neither. Instead, a draw looks like the most likely outcome.