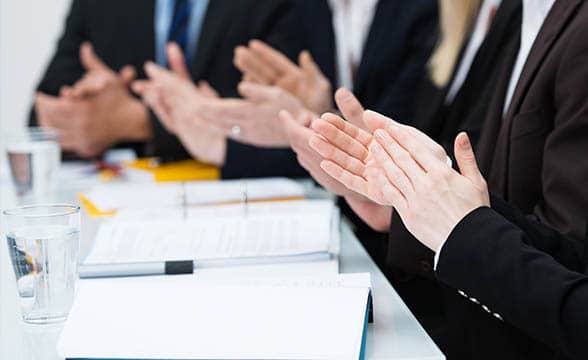 Rush Street Gaming has promoted Bill Keena and Marc Arndt as chief operating officer and chief financial officer, respectively. Jurisdictional gaming boards now need to approve the new assignments of both Keena and Arndt, who have been working for Rush Street for more than 10 years.

Both Employees Have a Very Successful Career at Rush Street

As the longest-tenured executives at Rush Street, Keena and Arndt have had a long and successful career at the company. Keena was appointed as Rivers Casino Des Plaines general manager in 2011, whereas, Arndt played a crucial role in the Chicago-area property and was the first team member to join it.

Keena also recently served as Rivers Casino Pittsburgh general manager. He decided to share a few words on the new appointment by saying that he’s looking forward to working with the extremely talented staff and continuing with the momentum that Rush Street currently has.

Rush Street’s newly-appointed CEO, Tim Drehkoff, commented on the appointments as well. He stated that both Keena and Arndt have been part of the Rush Street family for more than 10 years and that their unique combination of expertise and “institutional history” are the key factors that make them ideal choices for COO and CFO.

Drehkoff ended by saying that Rush Street is delighted that Keena and Arndt accepted the new rules, which are subject to approval by jurisdictional gaming boards.

Keena and Arndt Have Impressive Resumes Under Their Belts

Keena started his career in the gaming industry in 1988. He first started working in the finance department of Harrah’s and as time went on, he was appointed as the general manager of Harrah’s properties in St. Louis (Missouri) and Laughlin (Nevada). Then, he was promoted to regional president and was tasked with overseeing 4 casinos and resorts – 2 in Iowa and 2 in Missouri.

As for Arndt, his career started after graduating from the University of Illinois (BSc in accountancy). After finishing his education, Arndt joined KMPG, where he became an audit and assurance senior manager. Prior to joining the Rush Street family, he worked as Bethesda Home’s CEO. Bethesda Home is a nursing and rehabilitation home.

Before that, he was a director at Bridge Finance Group. Arndt was in charge of structuring and closing various types of debts at this company.