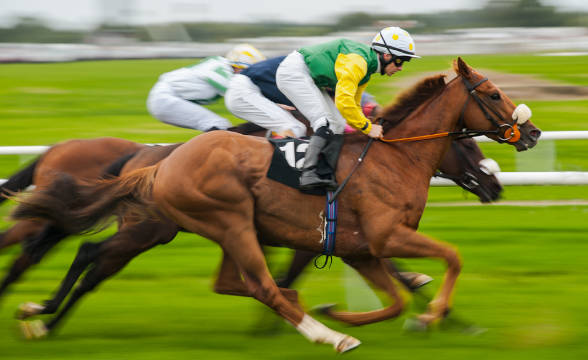 A new report reveals what environmental risks, challenges and opportunities the British racing industry is facing.

White Griffin, the sustainability consultant within the sports and music sectors, released details regarding a new report called “Environmental Sustainability in British Horseracing.” The white paper was prepared for the British horseracing industry. The report describes key environmental challenges for the racing industry. Moreover, it outlines details regarding best practices and recommendations.

Racing and breeding’s close relationship with our environment makes us particularly susceptible to the effects of a changing climate.

British Horseracing Authority’s chief regulatory officer, Brant Dunshea, said in a statement that the breeding and racing industry in the country is closely connected to the environment. He pointed out that the new research provides valuable insight and outlines some of the challenges the industry is facing. Dunshea added that the whitepaper can be used as a “starting point for industry leaders to think about how environmental considerations are factored into British racing’s strategic planning.”

I’m grateful to White Griffin for their work on this project, and to everyone – racecourses, owners, breeders, trainers, jockeys and so many others – who contributed to the research,

He thanked the environmental consultancy for the report and acknowledged that it will be useful to stakeholders within the racing industry. Last but not least, according to Dunshea, the recommendations from the report outline a way for a sustainable future for the horse racing industry.

The Racing Industry Should Not Depend on Fossil Fuels

According to the recent report, currently, the breeding and racing industry is heavily dependent on fossil fuels which are mainly used for energy and transportation. While electricity and gas are needed to power infrastructure, the industry also relies on diesel as well as petrol for transporting horses and people worldwide and nationally.

The report recommended the reduction of fossil fuel dependence. This should be one of the industry’s central long-term environmental goals, the white paper reveals. At the same time, the report indicates that the change will likely be gradual and would require planning as well as investment.

Companies Have Already Made the First Step toward Sustainable Future

On the other hand, 45 participants in the study confirmed they have implemented energy-saving technology. Such technology includes energy-saving light bulbs, while 33 organizations decreased their spending on energy by installing movement sensors for heating and lighting.