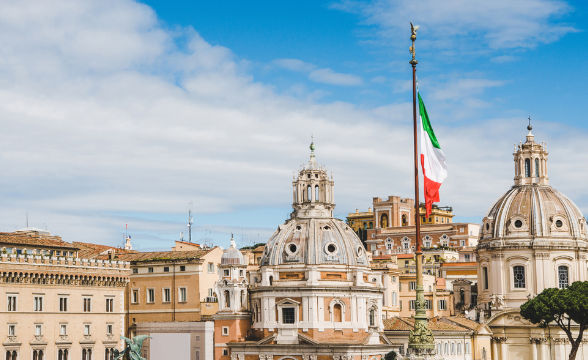 After expanding its footprint into Serbia through a deal signed with Meridian Gaming at the beginning of March and foraying into the Netherlands last October, iGaming aggregator and supplier Relax Gaming is getting ready to mark its debut in Italy. Relax has partnered with the prestigious PokerStars operator, agreeing to provide its top-tier content to the operator’s Italian fanbase.

The agreement that will make Relax’s tier-one portfolio of games available on the Italian iGaming market for the first time in history represents the first stage of its massive expansion plan in Europe. The plan is aimed at several regulated gaming markets on the continent throughout 2022. The supplier wants to take advantage of a large number of operators part of its network that are licensed to operate in Italy, aiming for a series of fresh partnerships in the upcoming months.

Relax has chosen PokerStars to make its debut here thanks to its high ranking in the top three “best operators in the country”. Its solid base of customers will now get free access to over 3,000 proprietary blockbusters and hit games like Money Train 2 and Temple Tumble. Plus, PokerStars will soon be able to enjoy additional top-tier content from the supplier’s 50+ cherry-picked gaming studio partners through its Silver Bullet and Powered By Relax programs.

Relax’s chief regulatory officer Alexia Smilovic Rønde considers the penetration of the iGaming market in Italy to be “another major milestone on Relax’s path” that will allow it to beef up its presence in regulated jurisdictions across Europe. As one of the biggest, most prestigious, and competitive markets on the continent, Italy represents an excellent space where the supplier can drive differentiation while harnessing “a wealth of opportunities”.

The supplier’s chief commercial officer Nadiya Attard called PokerStars a business-to-consumer powerhouse with a “longstanding reputation” that should give Relax Gaming “an exceptional start” in the leading iGaming market. Attard also expressed her high hopes related to the company’s growth as a result of the new launch.

The European market is not only appealing for Relax Gaming. PokerStars’ holding company Flutter, which also owns FanDuel and Sportsbet has big expansion plans on the continent. The company’s greatest goal is to obtain global hegemony in the iGaming world while continuing to build an empire of gaming, betting, and poker verticals and establishing itself in the international iGaming market via brands like Betfair, Junglee, and Adjarabet.

At the end of January, Flutter’s PokerStars announced it would launch on the Greek market, giving players here the chance to get access to PokerStars real money tournaments, poker games, sports betting, and casino games. PokerStars also announced its plans to enter the freshly launched and regulated Ontario iGaming market right before announcing its new partnership with Red Bull Racing prior to the start of the 2022 Formula 1 season.