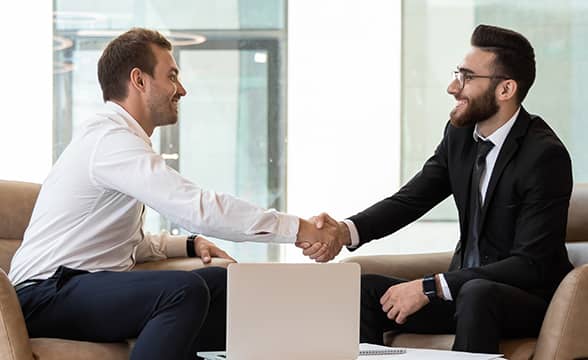 Esports and gaming company React Gaming has announced the appointment of Leigh Hughes as its new interim chief executive officer. Hughes will replace president and chief executive Laurent Benezra. The change in leadership is expected to boost the group’s operational performance while optimizing its opportunities related to growth. React Gaming also plans on shifting its near-term goals, focusing on the penetration of LOOT.BET online betting platform into fresh markets

Hughes Has Two Decades of Experience in Entrepreneurship

Hughes will immediately step into his new position, replacing Benezra who originally took over at React Gaming when the group was still known as Intema Solutions three years ago. Benezra was also the corporation’s director and he will continue to offer its consultancy to the publicly traded holding company standing at the forefront of the iGaming and betting fields.

Hughes, who is also Comverj Ventures’ founder, will use his impressive experience of over 20 years in entrepreneurship to help the group unlock its entire potential. This necessity comes in the context of Loot.bet’s acquisition, as well as the overall expansion of the company with subsidiaries like Parabellum, HypeX.gg, Generationz Gaming Entertainment, and Team Bloodhounds. The fast pace at which the market is growing lately was another contributing factor why Hughes was appointed in his new position.

His expertise as a venture capitalist and his strong collaborations with a large number of public and private companies at an international level in Australia, North America, and the Asia-Pacific region will help him create “sustainable value” for shareholders. His rich network of international financial companies should also be of value to the group. Hughes is expected to help obtain React Gaming’s financial and operational goals and move to the next level.

Winner of Western Australia’s 40 Under 40 Awards

Hughes’ resume also contains data regarding prestigious awards and nominations he has received, including the winner of the Western Australia 40 Under 40 award in 2012 and his two nominations for the Young Australian of the Year award.

Speaking about his new position, he called it an “opportunity to leverage the assets that React Gaming has acquired over the past year”. Hughes, who will also be an important shareholder, will focus on building on the solid foundation next to the “outstanding and driven team”, whole helping React grow and turn into a leader.