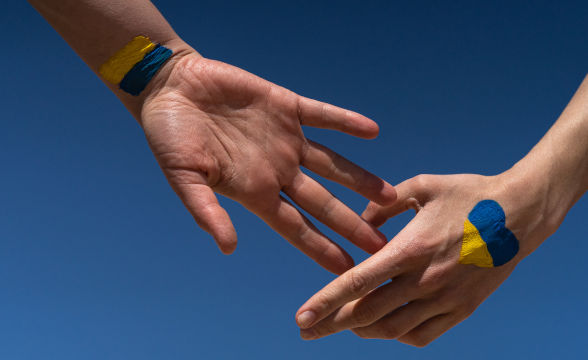 Pragmatic Play has joined the list of companies supporting Ukraine and its suffering people by donating $125,000 for humanitarian relief. The iGaming content provider said it hopes people out there will receive the help they need.

As Russia’s infringement of Ukraine’s sovereignty enters the third month, companies continue to demonstrate that they aren’t indifferent. Brands from all kinds of sectors have opted to donate varying amounts of money to the invaded country, hoping to help the people who have been impacted by the crisis.

Pragmatic Play revealed that it isn’t indifferent to the woes of the Ukrainian people. The company explained that many of its own employees and their families have been directly affected by the invasion. Julian Jarvis, Pragmatic Play’s chief executive officer, said:

“We have valued colleagues and their families directly affected and we are keen to help them and the wider community in Ukraine in whatever way we can.”

Pragmatic Play’s donation of $125,000 will go to the Red Cross and Red Crescent Movement which will assist Ukraine with humanitarian relief. The volunteer group will use the fund provided by the iGaming company to provide Ukrainians with food and water, clothing, and psychological help.

Jarvis added that he hopes this contribution will give the Red Cross the funding it needs to continue its exceptional work in helping those who have been caught up in the crisis.

The Donation Will Make a Difference

Pragmatic Play is now a part of a growing community that realizes the terrible consequences of warfare and seeks to assist those in need. The Red Cross thanked the betting brand for its commitment.

Gibraltar Red Cross’ chairman, Edward Davies, said that his group’s work is vital. He added that since an increasingly large number of people in Ukraine are in need of help, Pragmatic Play’s financial assistance makes a difference. Davies concluded:

We are incredibly appreciative of this donation and would like to express our thanks to Pragmatic Play.

Pragmatic Play isn’t the first gambling company that has helped the Eastern European country in this time of intense need. Some of the biggest names in betting, such as Stake.com and Parimatch Tech, have donated various sums to the invaded state. Additionally, a group of companies banded together to provide $333,000 to Ukraine through the Gaming Industry for Ukraine initiative.

Other companies have condemned Russia’s aggression and have cut their ties with the aggressor’s market.