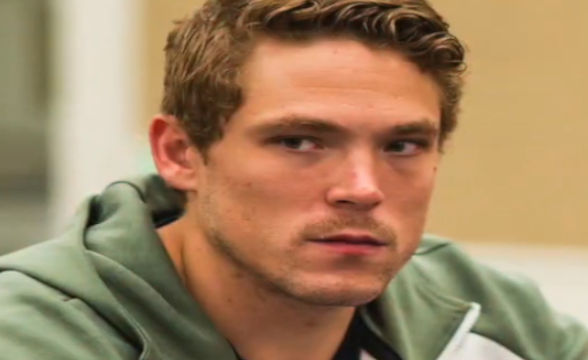 Nobody likes cheaters, especially when the play is with real money. Only recently, one famous poker pro accused another professional poker player of cheating. On Sunday night, Alex Foxen, the professional poker player from Huntington, New York, publicly accused Ali Imsirovic of cheating. Foxen went on Twitter claiming that Imsirovic is a “known cheater to almost all in the high roller community.” He pointed out recent footage from the 2022 Super High Roller Bowl Europe Day 2.

Ali opens the CO with Ah9c. Then quite visibly looks down at Paul Phua’s hole cards, Ad5. The actual footage makes it even more clear than this screen shot. Paul folds and Addamo defends the BB. Ali cbets and gets raised on 642ddd, sticks in a 3bet and wins the hand. pic.twitter.com/aIhQw4Hqv4

Foxen said that Imsirovic opened the CO with Ah9c but he then looked down at one of his opponent’s cards – Paul Phua who held Ad5. After that, Phua folds and Addamo proceeds to defend the BB. Imsirovic then bets and gets raised on 642ddd. In the end, Imsirovic sticks a 3bet and ultimately wins the hand.

There’s a famous saying about poker: “Poker is a game that takes five minutes to learn and a lifetime to master,” however Foxen alleges that Imsirovic’s play isn’t just skill, but there’s cheating too. According to him, Imsirovic acted in such a way for this particular hand because he knew that the Ad and 5 are already out of the deck.

“Ali is known as a cheater to almost all in the high roller community, however without much ironclad proof, most stay silent. After watching this hand on the SHRB live stream, enough is enough,”

In another publication, Foxen said that Imsirovic is already banned from GGPoker due to multi-accounting and real-time assistance (RTA). He added: “I have witnessed numerous chip dumps to horses, and many suspicious changes in play from people known to be his horses when deep in online MTTs.”

Is Rubbernecking the Same as Cheating?

Cheating in poker can be extremely difficult to prove. But peaking at an opponent’s cards also referred to as rubbernecking isn’t an uncommon occurrence. Whatever the case, Foxen claims that Imsirovic’s play and the rubbernecking seen during the tournament point out that he is cheating. With that in mind, there’s no solid evidence to either support or reject the allegations about Imsirovic.

Foxen said that the bigger part of the poker community consists of honorable people. He added that he considers himself lucky to associate with such people. Additionally, Foxen outlined that cheating must not be tolerated and urged more people to call out cheaters.