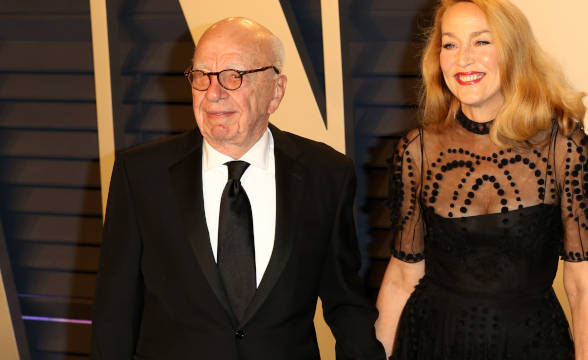 The board of directors of PointsBet allegedly turned down an acquisition offer by a consortium led by Rupert Murdoch’s News Corp Australia. The proposed deal was for up to $211.1 million, but PointsBet directors did not present it to shareholders in the company.

PointsBet’s board, which is currently led by former UBS banker Brett Paton, allegedly took part in confidential negotiations with News Corporation and famous Australian bookmaker Matthew Tripp. The board received a bid for its Australian business worth from about $155 million to $211.1 million. The proposal did not gain traction as PointsBet’s directors did not deem it necessary to bring the offer before investors.

A possible reason for this refusal could be because the proposed sum was too low. Given that analysts estimate PointBet’s Australian market capitalization to be worth about $433 million, News Corp’s suggestion seems quite optimistic. The betting company’s Australian arm recorded a 140% increase in betting turnover during the 2021 fiscal year, which amounts to a total of $1.43 billion. Roughly $415 million of this turnover happened from January to March, indicating the operator’s successful efforts to bolster growth.

PointsBet has previously expressed its intention to reach a 10% share of Australia’s online gambling market by 2025. The sportsbook operator has also been focusing on expanding its North American business. It operates in Canada and 10 US states, with plans to reach at least 10% market share in 19 North American states and provinces. The company also has $334.35 million in cash. Combined with a projected increase in revenue, this puts PointsBet in a comfortable position for the near future, and it would make little sense for it to sell a profitable section of its business.

Had the deal gone through, this would have undoubtedly been a notable victory for News Corp Australia. The massive media empire, controlled by Rupert Murdoch and his son Lachlan, owns many notable brands, such as the Fox News Channel in the US and TV giant Foxtel in Australia. The company has been trying to diversify its portfolio and acquire a foothold in the gambling industry. This effort was prompted by the steady decline in revenue of Murdoch’s media business, but the media mogul currently only owns two relatively small online racing platforms- Racenet and Punters.com.au.

An acquisition of PointsBet’s Australian business would have brought News Corp access to an established market presence and allowed it to jumpstart its own online sports betting business, planned to launch by Q4 2022. As things currently stand, this new venture will likely have only a small customer base.

Lachlan Murdock’s failure to acquire PointsBet marks another bump in the road for his sports betting ambitions. His platform FoxBet is only available in four states. This March, the FOX CEO openly expressed his frustration with the brand’s poor performance and the ongoing ownership issues with Flutter Entertainment.