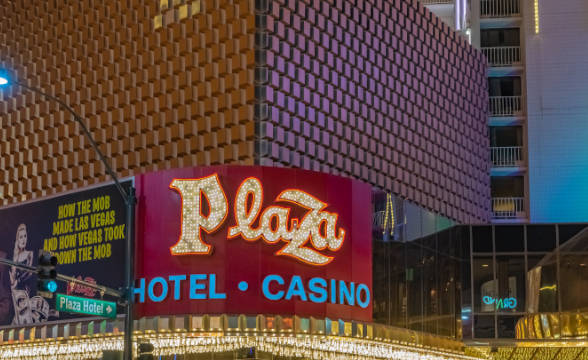 Las Vegas also seems inclined to pursue a healthier future for its casino floors. This is the message sent by the Plaza Hotel & Casino which will not pull the plug on smoking entirely but would rather introduce a designated gaming area where the practice would be forbidden.

This is the latest move in the nationwide fight to remove casinos from the exemption list of public spaces where smoking is still permitted, and a first for downtown Las Vegas, which could soon presage a new normal. The casino is dedicating 2,500-square-feet space to ensure that those who wish to stay away from cigarette smoke will not have to suffer it.

This applies to employees as well. Debates have been raging all over the country about banning smoke in places such as New Jersey, Rhode Island, and Pennsylvania casinos. Workers have come together to argue that simply making an area was not enough, as many colleagues still had to work through the smoke.

There is sufficient scientific evidence that no amount of second-hand smoke is safe and that the dangers shared by non-smokers are the same as those by smokers. The move at The Plaza Hotel & Casino was endorsed by social media personality Brian Christopher who said that the world was moving towards a smoke-free model. Well, this is true. Public indoor smoking in Nevada is prohibited, with the only exemption made for casinos.

Christopher is confident that the decision is right in light of the fact that only 13% of the US population are smokers. Christopher is also going to be a part of the new social media space installed directly at the property, which will also be able to push the no-smoking gaming area as a good example of why getting rid of smoke can be good.

But there is already proof that removing smoking from casino floors does not impinge on profitability. Many casinos in the United States remain smoke-free but their financial results continue to improve, nevertheless.

But there is some pushback. New Jersey Gov. Phil Murphy spoke with Hard Rock International and Seminole Gaming CEO Jim Allen to discuss whether a prohibition on smoking on casino floors would not come too early.

Some casinos in Atlantic City fear that should smoking be removed now, it would only lead to more challenges in the posted recovery. This comes at a time when AC casino union workers are mulling a strike over expired contracts and insist on better benefits.

Casinos have cautiously warned that much of the revenue attributed to them actually goes to third parties, especially the money that is generated from online gambling as there are many different entities involved.