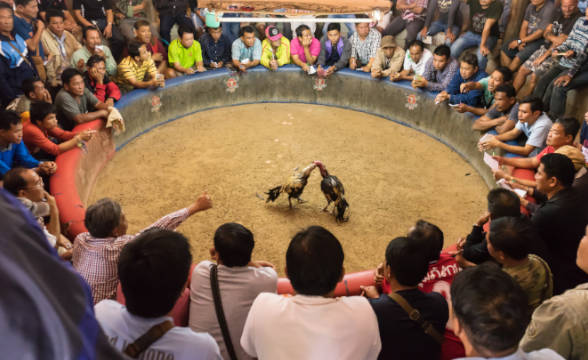 The Philippines has had a fraught relationship with e-sabong or online cockfighting which peaked during the pandemic and has been the source of many social ills ever since. Regardless of the infamous cases of kidnappings and some 36 people disappearing over the past year, authorities have been somewhat lackadaisical in their response and Philippines president Rodrigo Duterte has been reluctant to suspend the activity as it has been known to bring in a hefty penny back into the state coffers.

This is until now it appears, as the president announced on Monday during a regular address that e-sabong would be discontinued. For months now, Duterte has been up against a law, facing pressure to act on e-sabong, especially when the man prided himself as a hardliner on anything immoral, from drug trafficking to gambling.

Regardless, the president has gone with his gut instincts, especially now that PAGCOR, the country’s gambling regulator, has confirmed that the long-term outlook for the industry is good. The president has ultimately concluded that the PHP640 million ($12 million) e-sabong contributed to the tax office was not enough to justify the existence of e-sabong.

Duterte argued that while the collected tax was sufficient to justify the legalization of e-sabong “the stories he heard” made him reluctant to continue favoring e-sabong, even though authorities have started looking into the cases of kidnappings, and even established that police officers had been working with criminals to kidnap people associated with e-sabong in the first place.

The president is also following public sentiment with the lobby against e-sabong proving much stronger than anticipated. Some 62% have said that they would prefer if e-sabong was banned in the country. E-sabong was “working against our values,” the president explained on Monday. There have been many cases of people pawning possessions in order to play more, and in the shocking case of one woman, she even flogged off her baby to cover gambling debts.

The crime spate associated with e-sabong has been enough to prompt even the biggest skeptics to see how the activity was introduced too soon and without the necessary regulatory safeguards in place. Interior Secretary Eduardo Año welcomed the news and said that the president’s decision was reflective of what the country currently needed.

Año argued that the president had taken his time in deciding against e-sabong. The Philippines has been bent on cracking down on all illegal gambling operations in the country, and much of this was handed over to PAGCOR, the gambling regulator. PAGCOR was allowed to begin issuing e-sabong licenses back in 2021 and has since moved to POGOs, which are online gaming licenses that will now have to coexist with the recovering commercial sector.

Responding to the president’s announcement, PAGCOR cautioned consumers to refrain from participating in any form of unlicensed e-sabong gambling contests and stop visiting websites that offer such bets. Introducing the activity this quickly and pulling the plug on it abruptly is bound to leave a vacuum that opportunistic illegal gambling sites will try to fill in quickly, though.

Law enforcement and regulators will now have even more work to deal with as they seek to stamp out e-sabong crime.