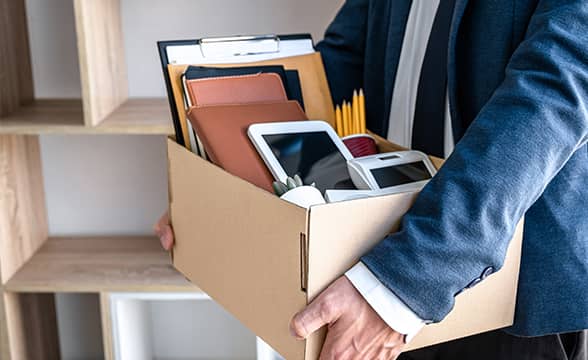 When ex-presenter and experienced media professional Duncan Wright was appointed head of mischief by Paddy Power’s board in January, he called it a “dream come true.” At the time, Wright took the opportunity to express his honor, humbleness, and excitement to be joining this big name in the gambling industry.

Only four months after his appointment, the national sports journalist with impressive expertise in planning brands decided to step down from his position. Last September, the Irish sportsbook also bid farewell to Paul Mallon from the same position of head of brand marketing. Mallon had spent a decade working as an advertising executive for the company.

A Short-Lived Switch of Industries

Before joining the Flutter Entertainment brand at the beginning of the year, Wright was working as a senior soccer and sports reporter for The Sun, the popular British tabloid newspaper published by the News Group Newspapers. There, he covered soccer news across the Premier League, the English Football League, and other important leagues. Before that, he spent more than six years as a senior sports writer for the Sun Online after leaving his position as head of sports for KICCA. There, Wright spent his time as a leading liaison with sports celebrities, driving content, putting strategic search engine optimization solutions into practice, and creating fresh digital trends.

Between August 2013 and February 2015, Wright was Express Newspapers’ head of sport online. His position asked him to oversee the digital sports content for Express.co.uk and dailystar.co.uk, the online versions of two important national newspapers in the UK. Prior to that, he spent seven and a half years as Daily Star’s deputy sports editor.

Paddy’s proposal, therefore, marked an important career switch for Wright, propelling him straight into the middle of the gambling industry for the first time ever. As the sportsbook’s new head of mischief, Wright’s was asked to help improve the existing marketing strategies. The career switch, however, didn’t last too long, as Wright left Paddy in April. He immediately accepted a freelance media consultancy job and he is now Press Box PR’s new account director and media liaison.

Wright Is “Very Pleased” With His New Job

In accepting the new job, Wright joined Ladbrokes’ former press release head Alex Donohueat who set up Press Box PR four and a half years ago. The company has already collaborated with important names in the industry, including Stake.com, better Collective, and Betfair across several campaigns. One of their most resounding successes was helping soccer icon Sergio Aguero become Stake.com’s brand ambassador in February.

Wright expressed his delight to be joining Alex Donohue and his “excellent team” at the already reputable company. He added that he was determined to help grow the company and deliver even more engaging content.