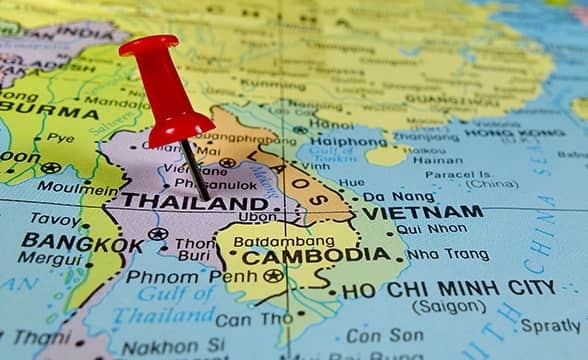 Thai people have potentially paved the way for gambling regulation in Thailand as results from a newly done survey show that over 80% of the respondents are in favor of legal casinos.

Overwhelming Support for the Legalization of Gambling

The survey was conducted by the Casino Committee of Thailand, assigned with the task of probing the viability of legalizing gambling in the country, and included 3,296 respondents. Jakkapon Tangsuttitham, a spokesperson for the Committee, summarized the results that presented some additional questions to the surveyed. Answering what other facilities besides casinos the respondents would like to see in an integrated resort, for example, 64% said they would like a department store as well, 40% vouched for a spa and massage, 39% for a bank or any other financial institution, while 37% wanted only a casino without any other venue.

When questioned about the location of such integrated resorts or casinos, 57% pointed to Bangkok. Thais were also polled regarding the possible negative impact of gambling venues with 55% concerned that casinos bring crime opportunities, while 53% expressed worries regarding people falling into debt. On July 27, the Committee is going to present the results to Thailand’s National Assembly President as the first step towards discussions regarding the legalization and establishment of a gambling market in the country.

The announcement about the survey comes just after a proposal by the Casino Committee of Thailand, which points out that it is feasible to have five casino resorts located across the country. As locations for the resorts were suggested Chiang Rai or Chiang Mai, Pattaya City, either Phuket, Phang-nga or Krabi, either Ubon Ratchathani, Udon Thani or Khon Kaen, and Greater Bangkok. In the proposal, it was also included that only people 20 years or older would be allowed to gamble and that in order to enter a casino one should be able to prove that his or her financial situation is good. Additionally, the proposal suggested a tax fee of 30%.

Besides Indonesia and Brunei, which are predominantly Muslim, Thailand is the only nation out of the ten member states of the Association of Southeast Asian Nations (ASEAN) that does not have a legalized gambling industry. According to estimations, about 50% of the adult population of Thailand is gambling through illegal channels. Estimations have also shown that a legalized gambling market in Thailand could potentially be valued at $30 billion, which would possibly be spread out evenly between Thailand residents and tourists.