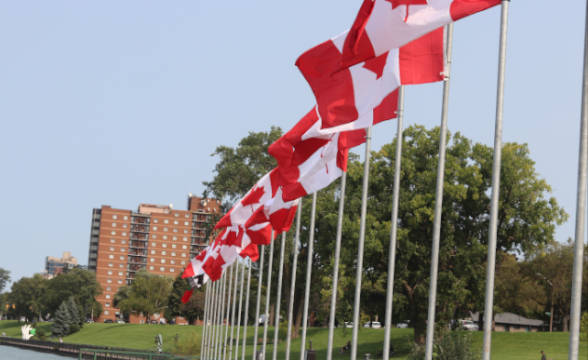 The Alcohol and Gaming Commission of Ontario (AGCO) has officially named Josée Turcotte as its new chief legal officer. Turcotte will step into the shoes of Bruce Caughill, who gave up the position to manage Rush Street Interactive’s operations within the Canadian borders.

In her new position, Turcotte will be responsible for establishing AGCO’s approach to legal matters, while working on creating new legal policies and procedures that will be used by domestic gaming operators. She will also be the legal representative of the regulator at the Licence Appeal Tribunal while handling all legal matters connected to the performance of the regulator’s conduct and management entity for iGaming Ontario.

Turcotte will officially begin her work with the regulator on July 18, using her extended experience in executive management over the years. Among her impressive jobs in the past, we can mention her positions in HSBC Bank Canada’s executive and risk committees, along with her roles of senior vice president, head of governance, and corporate secretary within the same company.

A Wide Plethora of Roles over the Years

She was a senior legal advisor to the Canadian Competition Tribunal for six years and filled in a position as the Canadian Competition Bureau’s competitions law officer. Turcotte was also a Program Faculty Member at Osgoode Hall Law School, as well as an Adjunct Professor of Law at the University of Ottawa’s Faculty of Law, while filling in guest lecturer positions at both institutions on a number of topics. The list includes securities litigation and enforcement, competition law, and others. She was also part of the Governance Professionals of Canada, the Society of Adjudicators & Regulators, l’Alliance Française de Toronto, the Canadian Council of Administrative Tribunals, and the Public Sector Lawyers’ chair at the Ontario Bar Association.

Another distinguishing element in her resume is her role within the Ontario Securities Commission, which included a variety of different positions such as secretary, independent adjudicative counsel, and deputy secretary over the course of ten years.

Turcotte also owns a Master of Laws degree in business law from Osgoode Hall Law School, and has obtained a Civil Law degree with honour, an ICD.D designation from the Institute of Corporate Directors, and a Juris Doctor degree with honours issued by the University of Ottawa. She is also a member of both the Ontario and Quebec bars and a member of the management boards of Downsview Aerospace Innovation and Research and Toronto French School.

At the beginning of the month, AGCO issued a $100,000 fine to DraftKings for failing to obey a series of advertisement regulations.