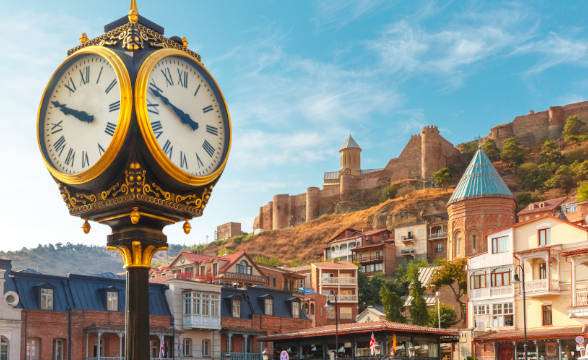 On Air Entertainment, a world-renowned live casino content provider has been working hard to establish a new live casino base in Tbilisi, the capital of Georgia. This development is the latest milestone in the provider’s quest to expand its global presence.

The new studio in Tbilisi will have more than 130 tables for roulette and blackjack games and stunning backdrops, which are designed to provide players with a unique gaming experience. The studio will be on four floors and the main goal will be to make sure that players feel like they are on an actual casino floor.

According to On Air’s estimates, the new live studio is set to open its doors in the first quarter of 2021 and the facility will have 1,500-2,000 employees, operations units, technology units, and game presenters.

Operators have already shown interest in adding the tables to their libraries and Mathijs Beugelink, On Air’s head of operations, shared some thoughts on the development. He stated that On Air has become the “go-to provider” of premium live casino content and the demand for its games is ever-increasing.

Vasileios Martharis, On Air’s head of the studio in Georgia, added that the new studio will be among the most advanced in the industry and it will further strengthen On Air’s position as a top-tier live casino content provider. He stated that On Air is committed to meeting the highest industry standards and that it is a real pleasure for him to build the team and bring an “employment opportunity to Tbilisi.”

Europe is obviously a massive priority for On Air as the live casino content creator reached Denmark at the end of June and the month before, it also entered the Swedish market.

Dejan Loncar, the business development manager of On Air stated that the main reason why Denmark is such an important milestone is that the iGaming industry there is experiencing massive growth. The studio in Riga exceeds 40 tables and the provider is also set to build a new studio in Romania. Not only that, but the provider managed to partner with tons of reputable operators, including the likes of Betway and 32Red.