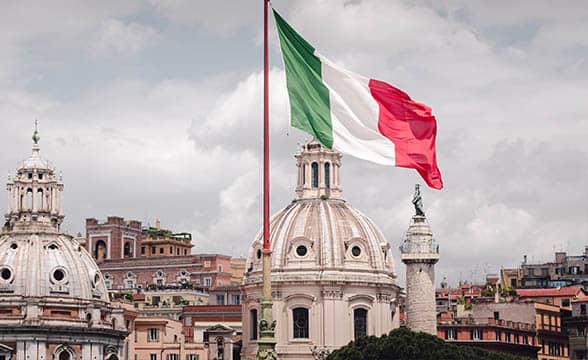 Octavian Lab, a software house and service provider for the online betting and gaming sector, has joined forces with Kalamba Games, an international slots studio. Thanks to the partnership, the former company will get new games that it will distribute in Italy.

Octavian Lab Will Integrate Kalamba’s Titles into Its Platform

As per the deal, Kalamba Games will power its new partner with its full BullsEye remote gaming server (RGS) offering. Thanks to the agreement, Octavian Lab will get Kalamba’s cutting-edge portfolio of over 50 engaging gambling titles. Hence, bettors in Italy will be able to enjoy critically-acclaimed titles such as Blazing Bull 2, Caribbean Anne 2, Holmes: Reel Detective and the studio’s Joker series.

Furthermore, Kalamba will support Octavian Lab with its promotional tools, helping it bring in players and improve customer retention.

This deal reinforces Kalamba Games’ foothold in Italy. The studio entered the Italian market in 2021 and has since sought to solidify its position in the jurisdiction. Though Octavian Lab, Kalamba will be able to reach more of the major operators in the jurisdiction and, by extension, will have more people playing its games.

Andres Galan, sales manager of Octavian Lab, spoke about the new partnership. He said that his company’s team is happy to have the opportunity to work with such an esteemed Studio. Galan lauded Kalamba Games as an innovative studio and is excited to offer its portfolio to Octavian Lab’s partners. Galan is looking forward to integrating Kalamba further into the regulated Italian market.

Andrew Crosby, the chief commercial officer of Kalamba Games, also addressed the deal. Notably, he emphasized that Octavian Lab’s extensive network will help Kalamba’s games reach more people. Because of this, Crosby is looking forward to working with Octavian Lab and developing a long-term relationship with its team.

Partnering with Octavian Lab is yet another positive step for Kalamba Games, as we continue to establish a prominent presence in the mature Italian market.

Kalamba Games is a fairly new studio, founded in 2016. In just a few years, the company managed to grow significantly and launch its products in many of the key regulated markets. Right now, Kalamba’s games can be played by punters in Greece, Italy, Malta, Portugal, Spain and Sweden. A week ago, the company penned another deal, this time with 888casino.

Kalamba keeps on growing and introducing new products to its portfolio. In mid-May, the company released a sequel to its famous Goblins & Gemstones slot.