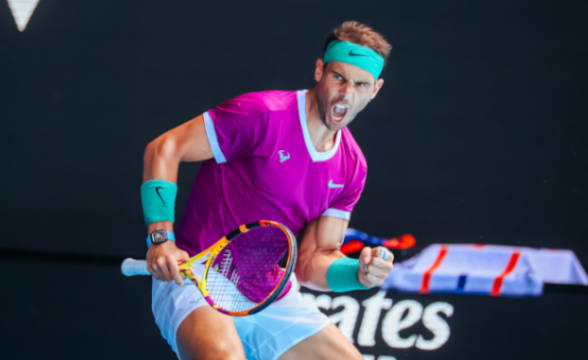 Everything seems to be going in Novak Djokovic’s favor right now, which is why no one should be surprised that he’s the top favorite to win the 2022 French Open. The ATP no.1 has been playing fantastic tennis since coming to Stade Roland Garros with four wins in straight sets.

The only thing that’s not going in his favor is that the Paris crowd isn’t rooting for him. In fact, you can be sure that a big majority of the fans will be cheering against him this Tuesday. It’s because Novak is taking on a real fan favorite that day – Rafael Nadal. The king of clay is the absolute record-holder when it comes to the French Open with 13 titles so far.

After missing several tournaments for not being vaccinated – most notably the 2022 Australian Open – Novak Djokovic is back.

He won the ATP Rome without losing a single set and is now hoping to do the same in the French capital. He’s on a nine-match surge which saw him win in straight sets every time.

During this run, Novak won the ATP Rome, beating Stefanos Tsitsipas in the final. On the road to the title, he defeated a few other elite players, including Casper Ruud and Felix Auger-Aliassime.

At the 2022 French Open, Djokovic won all four games by 3-0, spending a total of just over eight hours on the court. That said, you can be sure that he’s fully fit and well-rested ahead of the Nadal clash.

Nadal is probably the best clay-court player in the history of the sport. With 13 titles, he’s the most successful player in the French Open history. The last time he won it was two years ago. Last year, however, his journey ended in the semifinal where he lost to Djokovic 3-1.

The same year we saw him struggle with injuries, which plagued his season, causing him to finish the year in the #6 position in the ATP Rankings. He made his comeback in 2022, going 20-0 before finally losing.

The loss in question happened in the final of the Indian Wells, in which Nadal played despite suffering a rib injury a few days earlier. The injury in question caused him to stay off the court for nearly two months.

The pause had a bad impact on his performance as evident from the fact that he exited both the ATP Madrid and the ATP Rome much earlier than expected. On the bright side, he’s been pretty good since coming to France.

Djokovic is favored to win this match for a reason – he’s been playing much better tennis than his next opponent. Still, knowing that his next opponent is a true legend of the French Open, caution is advised.

Although we do think Novak will win, he probably isn’t going to have a field day on Tuesday. Instead, this could turn out to be a five-set spectacle.