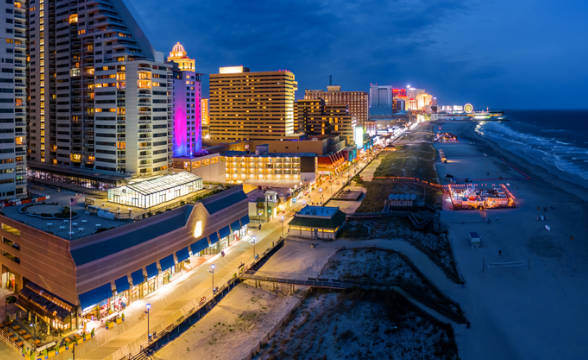 The April results for New Jersey’s casino and sports betting are in with gambling properties accumulating a total of $422 million or a 20% increase year-over-year. Results were strong both across the land-based and interactive verticals with in-person gambler numbers also increasing significantly, better than the 2019’s April levels as a matter of fact.

The COVID-19 pandemic has not slowed down interest in brick-and-mortar casinos it seems since pent-up demand has had a positive impact on Atlantic City and the properties located there. The reported numbers exclude money won on horse races, which are reported separately.

Commenting for Associated Press, Lloyd Levenson Institute at Stockton University director Jane Bokunewicz offered an insight into the latest numbers and what they signified for the city. She acknowledged that COVID is still a problem:

“While COVID remains a concern, the public seems to be returning to pre-pandemic social behavior by attending large gatherings, traveling more, and socializing with friends.”

These numbers also bring new proof that the sector is recuperating quicker than expected, despite difficulties, and may give renewed strength to the argument for banning smoking in Atlantic City casinos. Five out of nine casinos managed to improve on their 2019 results, which was the latest base for comparison.

Another big driver of revenue was interactive gambling which accounted for $136.8 million, or up 27% from a year before. Internet gaming revenue continues to account for a significant part of the gambling experience but it has not fully impinged on land-based gambling revenue as was once feared. In fact, Internet gambling has catered to an entirely different cast of gamblers.

Meanwhile, casinos and tracks generated some $927 million in total sports betting handle in April, holding some $50.3 million of that as revenue. For the first four months of 2022, in-person casino revenue reached $848 million and the total sports betting and racetrack gambling revenue is $1.6 billion.