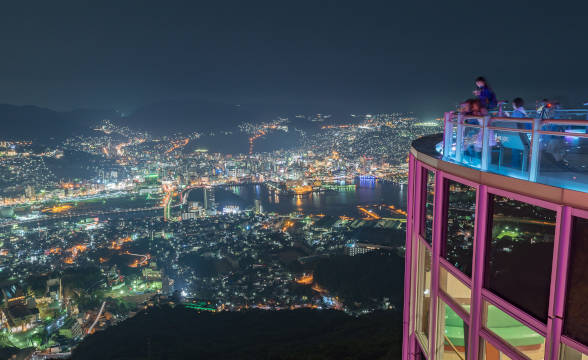 Japanese Prefectures of Osaka and Nagasaki have submitted their applications to the national government on Tuesday, two days before the deadline day for submissions, Inside Asia Gaming reported.

As reported earlier, both Osaka and Nagasaki received final approvals from their respective assemblies, and the submission of their applications within the deadline date of April 28 has now been confirmed.

A third potential bidder to develop an integrated casino resort in the country, Wakayama, withdrew from the bidding process after its assembly voted against the prefecture’s plan due to uncertainties around the prefecture’s fundraising plan.

With only two applicants remaining, the first phase of Japan’s integrated resort (IR) casino is now set to fill in a maximum of two of the three available slots nationwide provided by the country’s IR law.

Nagasaki Prefecture and its private sector partner Casinos Austria aim to build an integrated casino resort at the Huis Ten Bosch theme park in Sasebo City, which is part of Nagasaki Prefecture, a project that would need funds of ¥438.3 billion ($3.4 billion) to cover construction works and other development costs.

Despite uncertainties around the source of funding for the project’s equity part of ¥175.3 billion ($1.36 billion) and the possible involvement of American real estate investment firm CBRE Group Inc. in the funding, the prefecture’s assembly voted to approve the plan and submit the application.

Osaka became the first Japanese prefecture to confirm it would submit its application to develop an IR within the parameters set forth with the country’s IR law, following the final approval at the Osaka City Council in late March.

The prefecture and its private sector partner MGM Resorts International as part of a consortium with ORIX Corp aim to build an integrated casino resort with a price tag of ¥1.08 trillion ($9.1 billion). The consortium outlined plans to invest $10 billion into the Yumeshima IR project.

The consortium aims to build the IR on Yumeshima Island and open it to the public by the autumn of 2029. Other consortium members include Kansai Electric Power, Panasonic, Kintetsu Group Holdings and NTT West, while Obayashi, Takenaka Corporation, Taisei Corporation, Osaka Gas, JR West, and JTB will be acting as investors.

The Yumeshima IR is estimated to deliver annual sales of ¥520 billion ($4.1 billion) and 20 million visitors while the total economic effect of the casino resort is estimated to be ¥1.14 trillion ($9 billion).

The prefecture selected MGM for its private sector partner following withdrawals from the other interested companies to operate an IR in Osaka, Galaxy Entertainment, Wynn Resorts, and Genting Singapore.