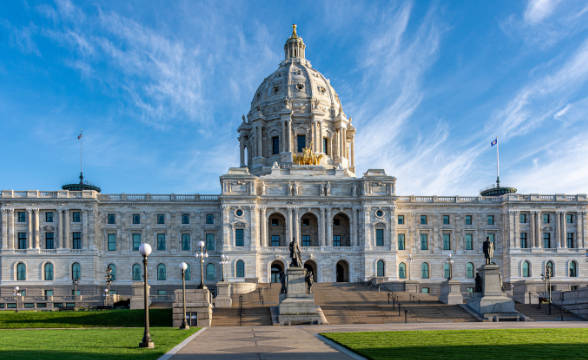 Since PASPA’s repeal by the US Supreme Court in 2018, sports betting has been continuously spreading to more states. Previously, the PASPA used to restrict the activity to Nevada only, but its repeal left the legalization and regulation in the hands of the lawmakers in each state.

By now, sports betting is legal in 30 US states as well as DC, while another three states have legalized the activity but are yet to launch it. On the other hand, the American Gaming Association reveals that nine other US states are currently in the process of legalizing the activity. Minnesota is one of those states. While bills are gaining traction in the state, the results of a new poll point out that there’s wide support for legalizing the activity.

Some 556 adults registered to answer questions regarding sports betting. The results of the poll by SurveyUSA were released late last week by KSTP. The online poll was conducted between April 6 and April 11. The results showed strong support for sports betting in the state with 64% of the participants supporting the legalization of the activity. In contrast, only 17% of the responders voted for sports betting to remain against the law. Another 19% of the participants in the poll answered with “not sure.”

Currently, there is a proposal in the state that calls for sports betting to be allowed only at Tribal Casinos. Under that proposal, sports betting operators that want to offer mobile betting would need to join forces with the Tribes. However, based on the results of the poll, that proposal isn’t that popular, considering that more than 50% of the responders voted to have sports betting at both horse tracks and tribal casinos.

Whatever the case, regardless that Minnesota isn’t among the most-populous US states, the recent poll reaffirms that residents of the state approve of the idea of legal sports betting. If the state legalizes the activity, it would create a new stream of tax revenue. User protection will increase too, considering that Minnesotans will likely switch from the black market to legal operators.