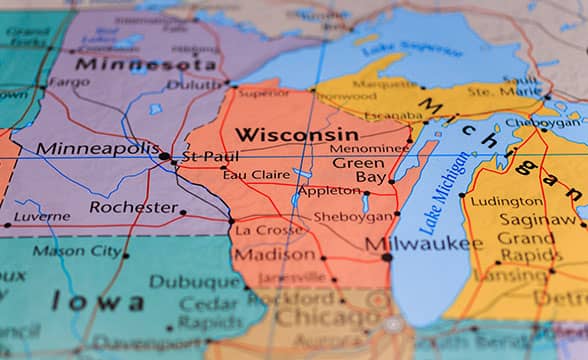 The Menominee Indian Tribe, a tribal nation from Wisconsin, will revive an old casino project. The tribe plans to team up with Hard Rock International and open a new casino in Kenosha, a city in Wisconsin.

The Menominee Tribe may be one of the biggest tribes in the country but, sadly, it is also one of the poorest. Statistics show that many of its members are struggling with poverty and that the tribe ranks low in health outcomes.

Because of this, the Menominee Tribe has long wanted to launch a casino in Kenosha and provide its members with the resources they need. Notably, the tribe hopes that the casino’s revenues will provide the Menominee Indians with healthcare and education.

The Menominee Tribe Has Changed Its Plans

The Menominee first pitched the idea in 2015, when it proposed building an $800 million venue in collaboration with Hard Rock International. However, these plans were rejected by Scott Walker who served as a governor at the time.

Almost a decade later, the tribe will resume its efforts and once again try to make its dream come true. The new idea has some notable differences from the tribe’s original plans. Instead of building a huge venue, the Menominee Tribe plans to settle for a smaller venue. This, according to the tribe, reflects the increased number of gambling venues in the vicinity.

In addition, the tribe has changed its plans regarding the location of the venue. Instead of building it on the site of the old Dairyland dog track, the tribe plans to use a new 60-acre location west of the interstate.

The new casino will be owned by the Menominee tribe and managed by Hard Rock International.

The Casino Project Will Help the Tribe

Ronald J. Corn, chairman of the tribe, spoke about the revived project. He noted that much has changed since 2015 but the tribe’s needs remain the same. Moreover, according to J. Corn, some of the members’ problems are even worse than before.

J. Corn believes that a casino and entertainment center in the city of Kenosha is the best chance the tribe has to achieve the aforementioned goals.

Jon Lucas, chief operating officer of Hard Rock International, also shared a few words. He said that his company has long supported the tribe and will continue to do so. Lucas is sure that through their combined efforts, the two parties will be able to open a world-class gaming resort for the Kenosha community.