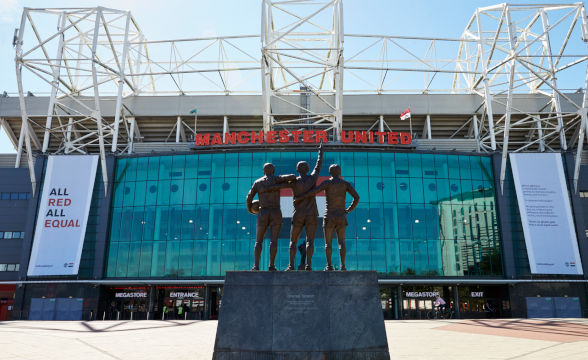 After a few weeks’ long pause, the English Premier League is back with Round 31, which kicks off on Saturday, April 2. There are seven EPL games on the program that day, the most interesting seems to be the duel between two former champions, Manchester United and Leicester City.

Online sportsbooks think the time has come for Manchester United to improve its record against Leicester City. As a reminder, the Red Devils are without a win against the Foxes in their previous four duels, losing three of those. This includes their most recent game, which saw Leicester win 4-2 last October in their first duel of the 2021-22 season.

Man United Dreaming of a Top 4 Finish in the EPL

The last time Manchester United played a Premier League game was on March 12 when this team defeated Tottenham 3-2 at home with a hat-trick scored by Cristiano Ronaldo. Since then, the Red Devils played just one game – a Champions League duel with Atletico Madrid.

Played in the UCL Round of 16, the game in question saw Atleti beat the Red Devils 1-0 at Old Trafford, thus booking themselves a place in the next stage of the competition. As a result, Man United dropped out of another competition (previously, the Red Devils got knocked out of the FA Cup by Middlesbrough).

What this all means is that the Premier League is the only competition they’re currently competing in. This gives them the luxury to focus entirely on the English top-flight, where they’re currently sixth in the rankings. That’s not good for Ralph Rangnick’s boys, who want to get to one of the top five places as it would mean getting to the UCL next season.

The good news is that they’re not far behind the #4 team (Arsenal), with just four points fewer. Sure, they do have one game fewer than the Gunners, but the season is long – Manchester United has another nine EPL games to play before the end of the season.

Leicester City Stuck in the Middle of the Table

The Foxes have played fewer games than most other Premier League teams, but that’s not a justification for their disappointing position in the table. Right now, they are in the #10 place, with a very slim chance of getting to one of the Euro spots.

In fact, a mid-table finish seems like the most probable scenario for this team. This goes especially for the fact that Leicester’s been struggling with injuries. A few of their key men are sidelined, meaning that collecting points is going to be a real challenge in the remainder of the season.

Ahead of the Manchester United game, there are four Leicester players who are listed as unavailable. One of those is their top scorer in the 2021-22 Premier League, Jamie Vardy. Midfielders, Marc Albrighton and Wilfred Ndidi are also out, and the same goes for full-back Ryan Bertrand.

The Red Devils need to win this game. They got the motivation, as well as the focus to grab all three points. Plus, they’re taking on an injury-ridden team that probably realizes that its chances of doing much before the end of the season aren’t very good.