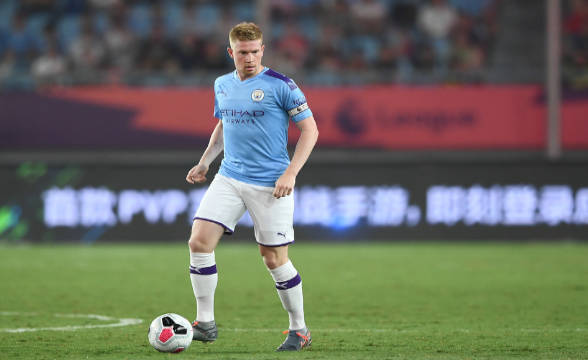 As Premier League clubs at home are wrestling with the idea of dropping gambling sponsorships, even the biggest teams in the topflight competition are striking such deals. The latest is Manchester City which teamed up with 8Xbet, a gambling firm, and sports betting platform, which will be the new regional betting partner of the team for Asia.

8Xbet was founded in 2018 and it has quickly expanded its reach to become a global bookmaker, featuring thousands of worthwhile and viable betting propositions. Moving forward, the company will work closely with Manchester City to produce a number of content pieces and products that will bolster both the team’s and sportsbook’s offer to fans.

8Xbet is already licensed by the UK Gambling Commission, giving it an additional layer of legitimacy. But Manchester City is not shying away from displaying the brand’s assets back at home at Etihad Stadium, where the LED periphery will feature the bookmaker’s logo. 8Xbet assets will also be distributed throughout the club’s digital channels and the Cityzens platform.

Commenting on this partnership opportunity, City Football Group VP of global partnerships marketing and operations Tom Boyle welcomed the opportunity for the 8Xbet and Manchester City to be teaming up.

8Xbet shares our commitment to entertaining and providing great experiences to customers and fans alike. The new partnership provides the club an opportunity to further increase our presence across the region and we look forward to working with 8Xbet.

8Xbet founder Ryan Li was equally excited about this partnership. He called it a huge honor to be teaming up with the Premier League champions and confirmed that the bookmaker was set to deliver excellent experiences for fans. 8Xbet will seek to actively expand Manchester City’s footprint in Asia where they have a huge following.

A previous report by Sky News last week suggested that the Premier League wants the government to only target front-of-shirt sponsorships. Based on that same report sleeve branding would have been okay. This week, however, it became clear that all gambling assets could be removed under a voluntary ban, apart from the LED screen.

The measure is up in the air with no one entirely sure what is happening as of right now. Meanwhile, the government is preparing to release a White Paper review which should bring more clarity to the matter.