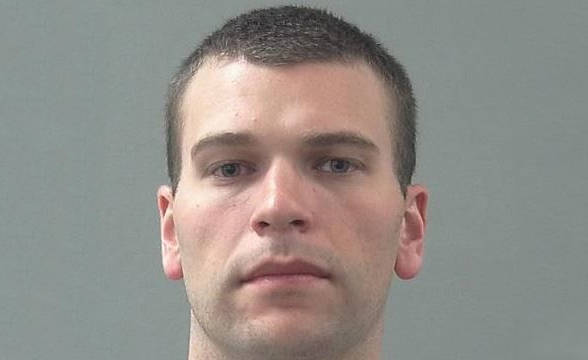 When gambling addiction strikes, crime usually follows. This is the case of Davis County Clerk Auditor’s Office employee who found himself forced to steal to try and cover a mounting gambling debt. In his desperation, Kevin Dean Rasband, turned to robbery and held up two banks. Pleading guilty in front of US District Judged Ted Stewart, Rasband will have to spend seven years in prison, and has been found guilty on two counts of bank robbery as well as brandishing a firearm.

Rasband Owes up to Crime He Committed

Rasband agreed to plead guilty and had another firearm charge dismissed in a bid to alleviate his sentence. Rasband’s first robbery took place in Kaysville in February 2017 where he attacked a Goldenwest Credit Union employee and forced her to give up on the contents of the vault, some $23,000. He then robbed Utah First Credit Union in Farmington in March 2017.

The second robbery backfired though as a dye pack in the money Rasband had stolen exploded and made the banknotes unusable. Rasband’s decision to commit to crime was a response to a mounting gambling debt that began accumulating in 2014 and reached its apogee in 2017 when the man, desperate to cover it and have incurred more than $100,000 in total, turned to crime.

He tried emptying his retirement 401(k) account first, but that was not enough. His gambling addiction pushed Rasband to skip work for the sake of gambling. He would manipulate the punch card system in order to remain undetected until an investigation was launched into his misconduct and he chose to quit. Rasband tried to gamble with the stolen money and cover his gambling debt.

When that failed he called in his wife and told her everything while threatening to kill himself. His wife talked him down and convinced him to return home and turn himself in. Rasband was recognized as a gambling addict by the court, but the judge argued that he should have sought help and not turned to crime to solve his problems.

Since he turned himself in, Rasband has been actively trying to treat his addiction. This was one of the arguments delivered to the judge by his federal public defender, who recommended that his client would be sentenced to no more than 84 months in prison based on this and the fact that the man had no previous charges.

Rasband also received support from law enforcement officers related to him through family, namely his brother and father-in-law who testified to his character and urged leniency. The judge agreed to the defender’s recommendation