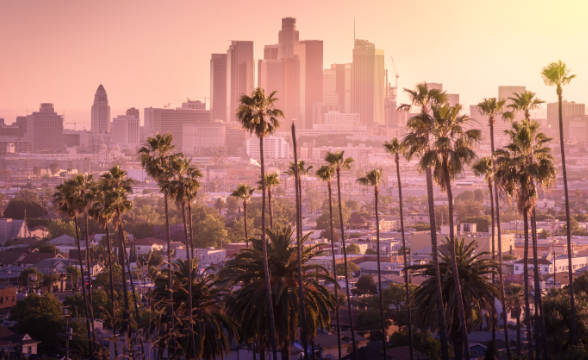 The Los Angeles Derby a.k.a. El Trafico is on the program on Friday, July 8. Even though Los Galaxy won the previous two meetings with Los Angeles FC, oddsmakers think it’s going to be a different story this time. LAFC is seen as an odds-on favorite in Friday’s duel, the main reason is that two of its new players – Gareth Bale and Giorgio Chiellini – are expected to make a debut against Galaxy.

LAFC are atop the Supporters’ Shield standings… and Gareth Bale and Giorgio Chiellini are yet to debut.

Bale and Chiellini will be first eligible to play for LAFC against the LA Galaxy in El Trafico on July 8. pic.twitter.com/Niyf9fjhwp

In addition to the newcomers, Carlos Vela is also expected to make his return for LAFC. Knowing all this, it’s no surprise these guys are expected to win on Friday. However, Los Angeles Galaxy mustn’t be underestimated. They are coming off a huge 4-0 win over CF Montreal on Monday evening.

The previous two El Trafico derbies were won by Los Angeles Galaxy. However, this time, it’s LAFC that’s expected to win. Actually, not only is LAFC expected to win on Friday, but this team is also the #1 favorite to win the 2022 MLS Cup.

There are several reasons for that, starting with the fact that they’ve been fantastic since the start of the season. The evidence of this is that they’re sitting in the #1 position in the Western Conference standings with two points more than the second-placed Austin FC.

The point game was even bigger a week ago, but LAFC suffered a surprising loss on Saturday. The Vancouver Whitecaps defeated them 1-0 even though LAFC came to Canada bearing the role of the betting favorite. The reason behind the defeat – according to LAFC coach Steve Cherundolo – is that he wanted his boys to take things easy so that they would be 100% fit for the Los Angeles Derby.

That is the reason why Carlos Vela was out last weekend. The coach wanted to make sure his most lethal scorer recovers fully from his injury. He’s going to make his comeback on Friday, which should make LAFC even stronger.

That’s not the end of good news for this team – Gareth Bale and Giorgio Chiellini are set to debut on Friday.

This team is in the #4 position right now, with an 8-3-6 record after 17 games. Their score differential is 24-19, which may not seem too impressive However, Galaxy players have been scoring a lot of goals in the last couple of weeks.

In their previous four MLS games, they scored a total of 11 goals. What’s interesting is that five different players got on the scoresheet in those four games, with Dejan Joveljic leading the way. The Serbian striker has six goals to his name in 2022, with five of those happening in the previous four games.

Even though he’s been great lately, Joveljic is not Galaxy’s top scorer this season. Instead, it’s legendary Mexican striker Chicharito who’s scored seven goals so far.

Our prediction for this game is that it’s going to be a real barnburner. We should see plenty of goals on both ends, but which team will win? We think that with Vela, Bale, and Chiellini on the pitch, LAFC cannot be stopped.