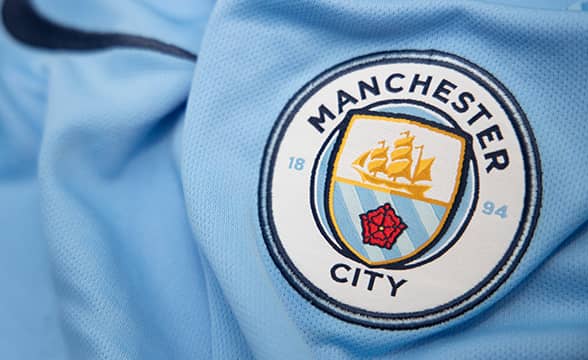 The FA Community Shield is a soccer game contested every year between the champions of the English Premier League (EPL) and the winners of the FA Cup. This year, we’re going to see the 100th edition of the event.

The game will take place at King Power Stadium in Leicester, the home venue of last season’s FA Community Shield winner. This year, we won’t see Leicester City on the pitch. Instead, the two teams competing for the trophy on Saturday, July 30 are Manchester City (EPL) and Liverpool (FA Cup).

Manchester City is the world’s most valuable soccer team with an estimated worth of its roster being nearly $1.1 billion. The Sky Blues are the reigning champions of the Premier League, which is the competition they won four times in the previous five seasons.

It seems very likely that their EPL dominance will continue in the 2022-23 season, but Pep Guardiola’s team has higher ambitions than that. They want to win as many trophies as they possibly can, starting with the 2022 FA Community Shield.

The evidence of their huge ambitions for the upcoming season is that Man City has signed a number of elite players during the offseason. The biggest signing of them all is Erling Haaland, a Norwegian goal-scoring machine who many believe will become the very best striker in the world in a year or two.

This summer, the Sky Blues from Manchester also signed Kalvin Phillips from Leeds, a hard-working midfielder who’s probably going to be a part of the England squad at the 2022 World Cup in Qatar.

The Reds Mustn’t be Underestimated

One of their best players in the previous couple of years – Sadio Mane – moved to Bayern Munich this summer. A few other, albeit not as important players, moved elsewhere as well during the transfer window. Nevertheless, Liverpool’s roster still looks incredibly strong.

This goes especially for their attack, where they still got Mohamed Salah, Diego Jota, and Roberto Firmino. Plus, starting with the 2022-23 season, they got Darwin Nunez there as well. The 23-year-old Uruguay international came to Anfield from Benfica and has already made a fantastic impact on the team.

He’s played a couple of friendlies already in July, including one against RB Leipzig in which he scored four goals.

We’re probably going to witness a spectacle on Saturday, possibly with goals on both ends. But which team will win the 2022 FA Community Shield? We think it’s going to be Manchester City. These guys just look much, much better than any other team not only in England but in the entire world.