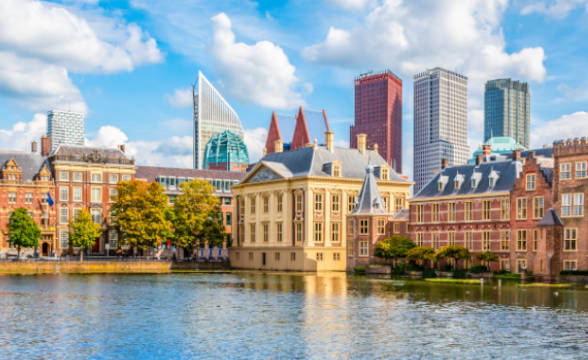 The Dutch gambling watchdog, the Kansspelautoriteit (KSA), has set its sights on Gammix Limited, an online gambling operator. Gammix is currently offering gambling to gamblers in the Netherlands despite not holding a license.

However, the KSA never licensed Gammix, meaning that it is currently operating as an illegal operator. Instead, the operator never undertook the needed measures to prevent Dutch players from accessing its websites. Therefore, the authority concluded that Gammix is partly targeting the local market, willingly or not. As a result, Gammix risks hefty fines.

The gambling authority issued a cease and desist order, asking Gammix to pull out from the market. The KSA insists that Gammix should no longer offer gambling to Dutch citizens and added that refusing to do that may result in fines.

According to the KSA, Gammix might have to pay as much as $1.5 million for each week it continues to operate after the regulator’s warning. This fine can stack to a maximum penalty of around $4.5 million if Gammix takes no action to pull out from the market. The operator is still allowed to try to appeal the decision.

Further investigation found out that Gammix actually has four more websites that violated the Netherlands’ Gambling Act. According to the Kansspelautoriteit, those include crazeplay.com, dbosses.com, flamingcasino.com and touchcasino.com.

This means that Gammix has an extensive presence in the Dutch black market, which is dangerous to the local gamblers. The KSA emphasized that it cannot regulate offshore operators and make sure that they play by the rules. Therefore, the authority cannot make sure that an illegal operator’s games are fair and that the operator would be willing to pay out winnings. In addition, most black market operators rarely care enough to protect their customers from gambling harm.

Because of this, the Netherlands’ gambling regulator has been very keen on curbing unlicensed gambling. Ever since the market’s re-regulation in October 2021, the watchful KSA has done everything in its power to protect Dutch bettors from the dangers of unlicensed online gambling. Fortunately, the authority’s efforts to mitigate the impact of the black market have been largely successful. In addition, the regulator continues to be strict but fair to its own licensees and is constantly checking if they play by the rules.