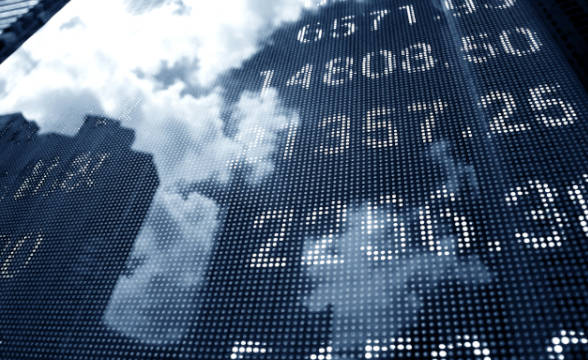 Kambi Group, a business-to-business provider of sports betting services, has seen a steep decline in its revenues during the first quarter of 2022.

According to the company’s official figures, the revenues for Q1 of 2022 were 15% lower than those in Q1 of 2021. The first three months of the current year saw Kambi Group earn $39.3 million. Its operating profit sat at $7.7 million and its profit tax declined to $5.7 million. Earnings before interest, tax, depreciation, and amortization were $14.6 million.

The company also reported that its earnings per share have dropped by 63% and are now $0.19. Cash flow from operating and investing activities earned the company $5.8 million, which is yet another decline.

The unfavorable results seem to be a result of Kambi’s adjustment from the migration of its ex-partner DraftKings. Investors were informed that operator turnover was 25% during the adjustment, which shows that the business is still strong.

Nylén Is Assured This Is But a Temporary Hurdle

Kristian Nylén, chief executive officer of Kambi Group, spoke about the results. He called the first three months of 2022 a “busy period” for the company as it was preoccupied with renewing deals and signing new agreements. At the same time, the company continues expanding in new markets and introducing new products to its tech solutions portfolio.

The beginning of 2022 saw Kambi renew its partnership with the operator holding Kindred Group and ink deals with the NA-based companies NorthStar Gaming and MaximBet. One of the most impressive highlights of Kambi’s business is the approval of the Alcohol and Gaming Commission of Ontario, which allowed it to launch in the Canadian province’s fresh betting market.

Nylén isn’t bothered by the decrease in revenues and remarked that business is still going strong:

“Operator turnover was up 25% when adjusting for the migration of DraftKings which proves the underlying financial performance of the business remains strong. This growth comes despite being up against tough Q1 2021 comparatives and the temporary impact of regulatory headwinds in the Netherlands, which we expect to ease soon.”

The regulation of the Dutch market which Nylén mentioned affected numerous companies. Kindred, one of Kambi’s partners, saw a 30% drop in its revenues, following its exit from the jurisdiction.

Kambi’s Products Are More Popular than Ever

Despite the difficulties, Nylén remains optimistic about the future. He emphasized that the company’s services enjoy great interest by operators and noted that it recently surpassed the milestone of 40 partners. The CEO concluded:

“The scale of the Kambi network has never been greater nor more diverse, and I believe we have only scratched the surface of what’s possible.”

Kambi’s revenues have seen some fluctuation in the past few months. They may be readjusting now but Q3 of 2021 was one of the most remarkable periods for the company’s business.